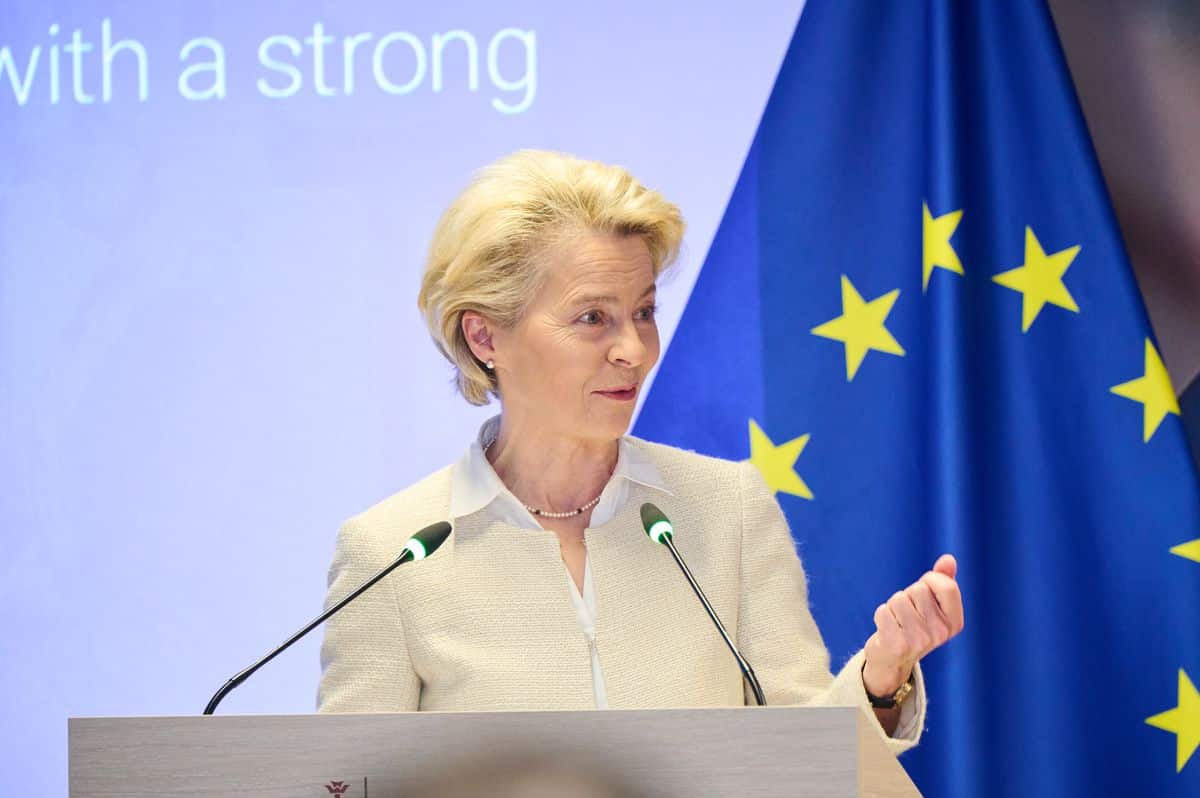 The European Union should not sit quietly in the face of subsidies that the United States has sanctioned to its industry for electric cars, batteries or materials for renewable energy installations. The European Commission President, Ursula von der Leyen, warned this Sunday, just a day before delegations from both sides meet at the highest level near Washington, that “the European Union will respond in an appropriate and well-calibrated way.” ” It’s not about opening a trade war “in the midst of an existing war,” he clarified to Ukraine in Regency. The German proposal is to “reflect” on continental state aid rules “to adapt them to the new global environment”.

Von der Leyen develops this idea in his speech this Sunday at the College of Europe in Bruges (Belgium). “The IRA (a recent US law that subsidises), invests in strategic sectors across the entire value chain. This is not always the case with our state aid. We need strategic green technology solutions and clean end products on a large scale Moving to production, a fresh look at how to support the entire value chain must be taken. Also through public investment”. In other words, open your hand so that European companies or those produced on European soil are supported so that they are competitive and do not divert production to other regions.

The energy and digital transition, together with what happened during the pandemic, has highlighted that Europe has lagged behind key strategic industrial sectors in meeting this transformation. And this has happened while the EU has met self-imposed objectives such as banning the sale of vehicles with combustion engines by 2035. , then do the economy. Indications that something is underway in Brussels for this reason came already at the beginning of the year, when it launched a plan that intended to transfer 43,000 million euros to start the production of microchips, although that Only 11,000 million of the amount was new money, the rest was a rearrangement of commodities.

The United States has also responded, notably in the environmental revolution and decarbonization of the economy and transportation. Joseph Biden’s government has leveraged its star regulation, the Anti-Inflation Act (IRA), to include an aid package for the energy transition worth about $370,000 million (about 350,000 million euros). This includes assistance for the purchase of electric vehicles manufactured in the United States with parts made there.

Brussels sounded a note of caution even before the US Congress finally approved the rule. He warned that it is “clearly discriminatory” and goes against World Trade Organization (WTO) rules. It was of little use. Standard approved. Governments such as Germany or France have joined the community alarm, in fact, the issue was a major issue these days when French President Emmanuel Macron traveled to Washington.

Despite the fact that the Commission was the first to issue the alert, later capitals have complained most, especially those with large interests in the automobile sector, such as Paris and Berlin. Brussels, as von der Leyen explained, “does not want to open a costly trade war with the United States in the midst of the current war.” In other words, it is not clear to him whether to take Washington to the WTO courts so that they agree with him in a few years and then open negotiations with the United States or retaliatory measures for the same amount of damages be able to implement. , So he has chosen to try to negotiate with the Biden administration to see if there are options to find a solution in the rules that should be used to implement the IRA.

This Monday both sides will have a golden opportunity to address the issue at the meeting that both sides have organized at the so-called Council of Commerce and Technology (TTC, for its abbreviation in English) in Maryland, USA . Community sources told Friday that the body has “nothing to do” in principle with the open struggle over subsidies. However, it seems difficult not to address the matter at a forum that will be attended by US Secretary of State Anthony Blinken, Commerce Secretary Gina Raimondo and EU Ambassador Catherine Tay, on the one hand, and Commission Vice Presidents, Margrethe Vestager and Valdis Dombrovskis, on the other. Same Commissioner for the Internal Market, Thierry Breton.

The depth of the problem posed by these subsidies is underlined by the creation of a bipartite body For thisOne task Force, to find solutions. This forum has already met on several occasions, although it is still unknown whether any progress has been made. The will to find a solution by the creation of this platform collides with the pessimism present in Brussels. A few days ago, diplomatic sources reported that the European side was facing a problem when talking with the Americans: the latter are already demanding proof of the detrimental effect of their law on the EU. The answer given is that evidence of what has not happened yet cannot be produced as the legislation has barely been approved and the potential risks analyzed for now.

BC provides monkeypox vaccine for close contact and high-risk groups