Waltz suggests doubling surplus donations to $1,000 per person and $2,000 for families. 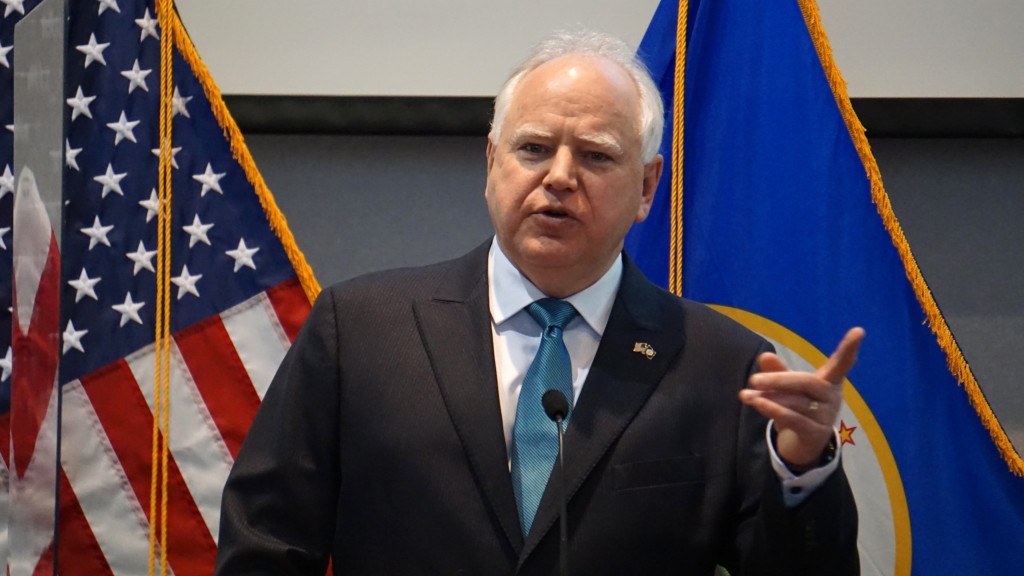 With no sign that lawmakers could reach an agreement to return to the Capitol this year, Gov. Tim Walz continues to tout his proposal to use a significant portion of the state’s historic budget surplus to direct paychecks to Minnesotans.

In an interview with WCCO-TV in the Twin Cities on Sunday, Walz said he will now support returning half of the state’s historic $9.25 billion budget surplus to residents with $1,000 checks per person and $2,000 checks for families. This doubles the original $500 “Waltz checks” he offered earlier this year.

“Minnesotans need it. We are seeing this both nationally and globally, inflationary pressures, especially on gasoline and food. Let’s get half back,” Walz said on WCCO. “It will be a 15 minute special session, one page count; my tax department is ready and ready to go.”

The Legislature ended its regular session on May 23 with billions still on the table and no major decisions on public safety, education or tax breaks. A week before the close of the regular session, Walz and the leaders of the legislature said they had reached a basis for an agreement on billions of dollars in spending and tax cuts, but that did not include direct payments proposed by Walz.

House Speaker Melissa Hortman, DFL-Brooklyn Park, on Monday said she was unsure whether a majority of Democrats, Farmers and Labor in her House would support Walz’s new proposal.

“I would present it at the caucus and I feel they would approve. I can’t say yes or no without taking it to the caucus,” Hortman said. “The 15-minute special session will require the voluntary participation of the Republican Party of the House of Representatives to suspend the rule requiring the bill to be read and reported for three separate days. Otherwise, the fastest we can do is three days.”

The leadership of the Republican-controlled Senate has expressed no interest in supporting direct payments, but instead supports larger tax cuts.

“During legislative session, Senate Republicans passed a permanent, permanent tax credit of more than $8 billion to ensure that every person who pays taxes gets immediate relief that won’t go away after the election,” Senate Republican Caucus spokeswoman Rachel Aplikowski said in a statement. .

Republican gubernatorial candidate Scott Jensen called the new Hail Mary check proposal and wondered if even the House of Representatives would agree to a special session on one issue.

“The reality is that the only person who has the power to call a special session is Governor Wales, and he can do so today,” Jensen said in a statement Monday. “So, I urge him to keep his word, prove it’s not election year politicking, and return all of the state’s surplus to the Minnesota taxpayers who created it.”