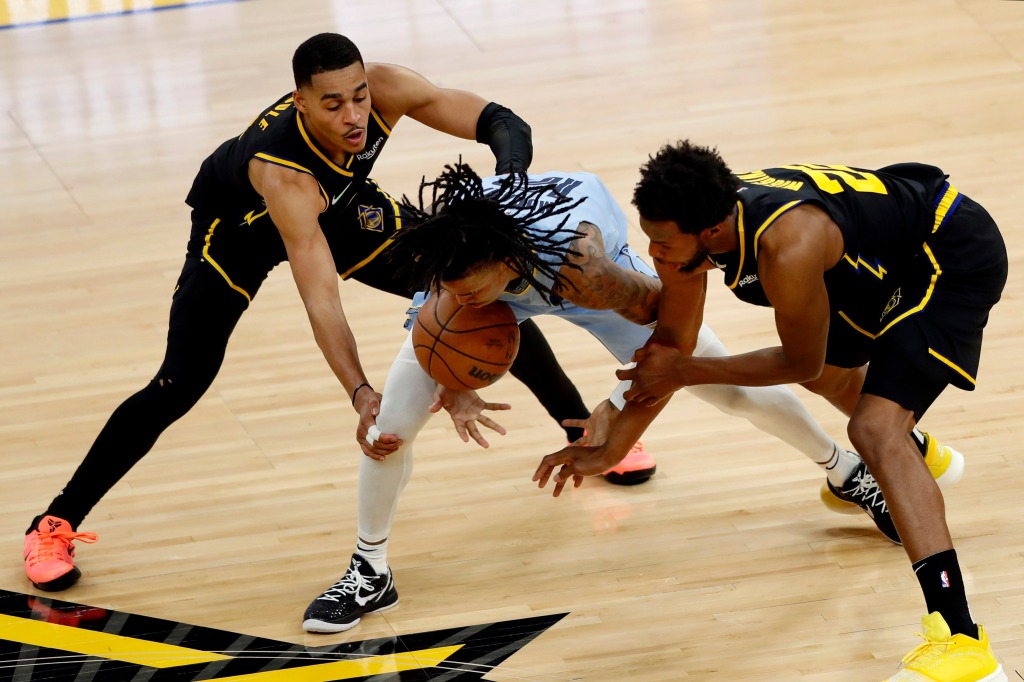 Memphis point guard Jay Morant alleged that Jordan Poole “broke the code” by grabbing his knee when he went for a loose ball in Game 3. Morant left that game with a still unknown knee injury.

Morant deleted the tweet where he claimed unfairness, and before Game 4 at the Chase Center on Monday, the 22-year-old guard raised his hand on the court.

TNT’s cameras caught the exchange, which was quick but nonetheless significant considering the intensity of this second round series.

Morant, the first-time All-Star who was named the NBA’s best player, was listed as a suspect for Game 4, but was dropped shortly before the starting tip. Grizzlies coach Taylor Jenkins said Monday afternoon that Morant’s knee had been MRIed, but the Grizzlies did not reveal the extent of the injury.

Jenkins fanned the flames of controversy in a series that had already seen more than its fair share, saying Poole had intentionally injured Morant with a grab after Game 3.

The Grizzlies requested the NBA to watch the game after the game. The league regarded it as nothing more than a basketball game that probably went on in the array.

Prior to that decision, however, Warriors players, coaches, and even some of Morant’s Grizzlies teammates supported Poole, saying he was not a dirty player.

“Yeah, it was a basketball game when we doubled that, and I hit the ball and I was going for the ball,” Poole said of the play. “I mean, obviously you don’t want to see anyone get hurt. I’m not even that kind of player. I respect everybody… I don’t really play like that. It’s not my type of game.”