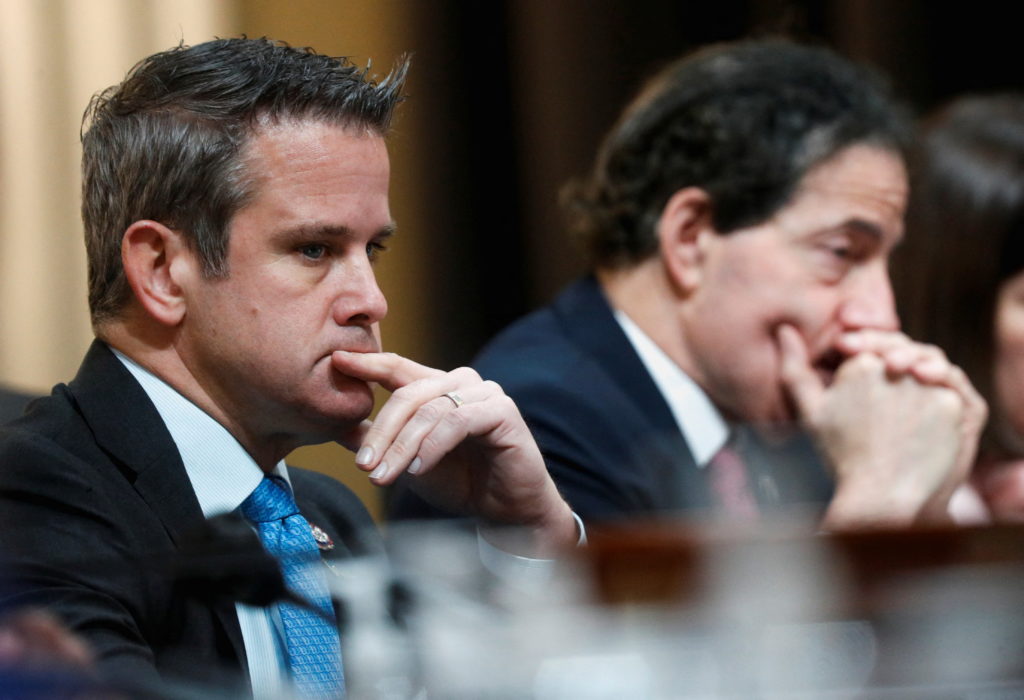 Rep. Adam Kinzinger, an Illinois Republican, highlighted the pressure President Donald Trump has been putting on the Justice Department to maintain his grip on power.

See Kinzinger’s comments in the player above.

Thursday’s hearing drew attention to a memorable period of turmoil in the department as Trump, in his last days in office, sought to bend a law enforcement agency that had long cherished its independence from the White House to his will.

Kinzinger is one of two Republicans on the Jan. 6 House committee.

The testimonies were intended to show that Trump not only relied on outside advisers to push his false claims of electoral fraud, but also attempted to use the powers of the federal executive branch.

They rejected “overbearing political pressure because they knew they swore allegiance to the Constitution. Not in the personal or political interests of the president,” Kinzinger said on the fifth day of a public hearing by the House Committee on the Jan. 6 Attack.

Kinzinger then asked his fellow Republican lawmakers to consider a hypothetical case in which a top Justice Department official is pursuing purely political goals.

“Imagine a nation’s chief prosecutor with the power to initiate investigations, subpoena, bring charges and seek jail time. Imagine that this official is pursuing the interests of the other side, and not the entire American people. And if you are a Democrat, then imagine the opposite,” he said.

The hearing, the fifth of several scheduled by the committee for Jan. 6, focused on Trump’s pressure on the Justice Department to overturn the results of the 2020 presidential election. In the year since its inception, the committee has conducted more than 1,000 interviews seeking important information and documents from people who witnessed or were involved in the violence that day.