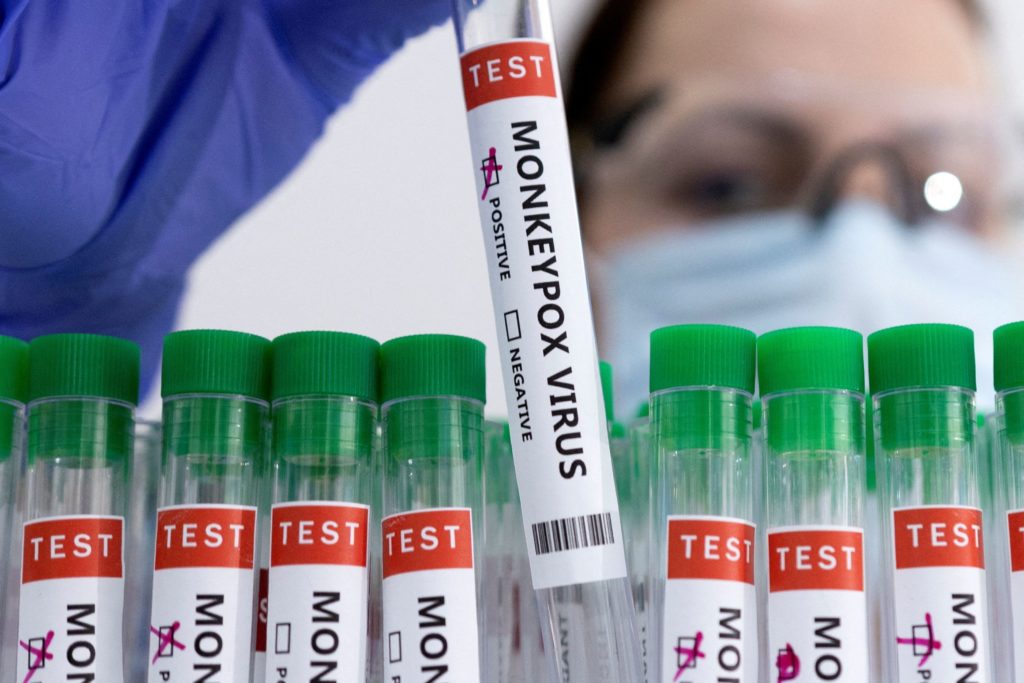 NEW YORK ( Associated Press) – More than 100,000 monkeypox vaccine doses are being sent to states over the next few days, and several million more are on order in the coming months, US health officials said Friday.

He also acknowledged that the supply of the vaccine is not in line with the demand seen in New York, California and other places.

Officials projected that cases would continue to rise for at least a few more weeks as the government tries to keep up with a surprising international outbreak accounting for hundreds of new cases every day.

Some public health experts have begun to wonder whether the outbreak is becoming so widespread that monkeypox will become a sexually transmitted disease.

“All our work right now is to stop this from happening,” said Dr. Rochelle Valensky, director of the Centers for Disease Control and Prevention.

Monkeypox is endemic in parts of Africa, where people have been infected by bites from rodents or small animals. It does not usually spread easily between people.

But more than 12,000 cases have been reported this year in countries that haven’t historically seen the disease. Infection emerged among men who have sex with men at gatherings in Europe, although health officials insist that anyone can catch the virus.

As of Friday afternoon, there were about 1,500 US cases, with hundreds of cases adding up every day. Officials have demographic information on about half of the patients and said Friday that nearly all are male and the vast majority had same-sex encounters.

Experts believe that the case count is low.

Valensky said he expects cases to rise at least in August, as it can take up to three weeks for someone to become infected until they develop symptoms and are diagnosed.

The virus is primarily spread by skin-to-skin contact, but it can also be spread by touching linens used by someone with monkeypox.

People with monkeypox may experience fever, body aches, chills, and fatigue. Many people in outbreaks have developed zit-like bumps on several parts of the body.

No one has died, and in many men the disease has been relatively mild. But for some, the wounds can be “extremely painful” and there is a risk of scarring, said Dr. Mary Foote, medical director of the New York City Department of Health’s Office of Emergency Preparedness and Response.

When the outbreak was first identified in May, US officials had only about 2,000 doses of a new, two-dose monkeypox vaccine available.

Officials have recommended that shots be given to people who know or suspect they have been exposed to monkeypox in the past two weeks, and vaccination clinics in some cities have been overwhelmed with demand. The government distributed 156,000 doses nationally as of Thursday, including 100,000 this week. Don O’Connell of the US Department of Health and Human Services said, and it expects to start giving 131,000 more doses by Monday.

Denmark also has about 800,000 doses coming soon to the US. And the government this month announced an order for 5 million more doses, though most of them are not expected to arrive until next year.

Valensky said the vaccine, Genios, has not been widely used in response to such outbreaks, and the government will keep track of how well it is working.