We have nothing to fear except… our fear of the mirror 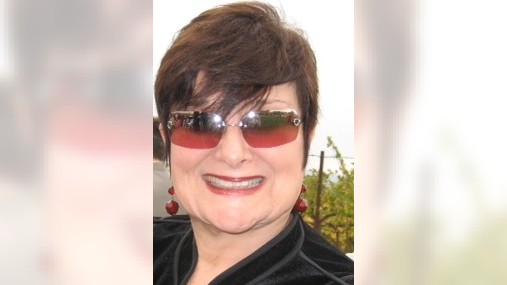 Well, summer has arrived and the annual ritual is taking place: crying, screaming, driving with our scales to an unknown place and obliterating them so that there is no evidence of mouth stuffing in the past.

There’s a skinny girl inside me trying to get out. Usually I silence him by giving him a bowl of spaghetti or a piece of chocolate. Sometimes I don’t eat it but instead have to stuff my ears because she sure makes a lot of noise.

Let’s face it: I’ve never had a bowl of pasta I didn’t like. And I am very friendly with many other foodies. It is my nature to be friendly.

But I must declare that these months which turned into years of separation, left me with a true friend of mine named Frigidaire. We often met Fast Eddie, or Mr. Microwave as some had renamed him. Sometimes we met just a few feet away at the Miss Pantry, also known as the Hoarders Hotel. We often get calls from grocery stores asking whether we carry products requested by customers.

Okay, maybe I exaggerate a lad. That’s what happens to the rational mind when bikini season arrives and the dreaded bathing suit challenge descends on some women and their looking glass. Sob here and yon can be heard.

What a fool If it were the 16th century, I and probably some of you would be Reuben’s most sought-after models, his fat little angels.

Then, as I watched the news, I realized the self-absorption of myself and perhaps others, our deprivation-by-diet, neglected vital facts that affect the national good.

My dieting particularly affected the economy, mostly the employment sector. Ordering less food resulted in a surplus, so farmers had to increase profits by raising prices, which led to inflation.

By refusing to eat more than two slices of bread at dinner, I impressed the sweet little bakers who had to hold back from baking chocolate cake, which impresses me personally.

Ignoring eating out, I may have put glass blowers and more out of work. Did I consider waiters or providers of fine wine cups? I did not.

Drawing the unemployment line, I imagine a sad look and dry lips for those who really want to work. Pardon me!

Humorologist Jan Marshall, a villager, is the author of satirical survival books, including “Dancin’ Schmansin’ With The Scars. Finding Humor Doesn’t Matter!” Jan has also written aspirational books for children, “The Littlest Hero” and “The Toothbrush Who Tried to Run Away.” Contact him at janmarsh@aol.com.

The UK has confirmed two cases of the Omicron variant of the coronavirus.

Gran Turismo 7 review: Putting the pedal to the metal on PlayStation 5

Group border deaths in Spain, Morocco under pressure to investigate