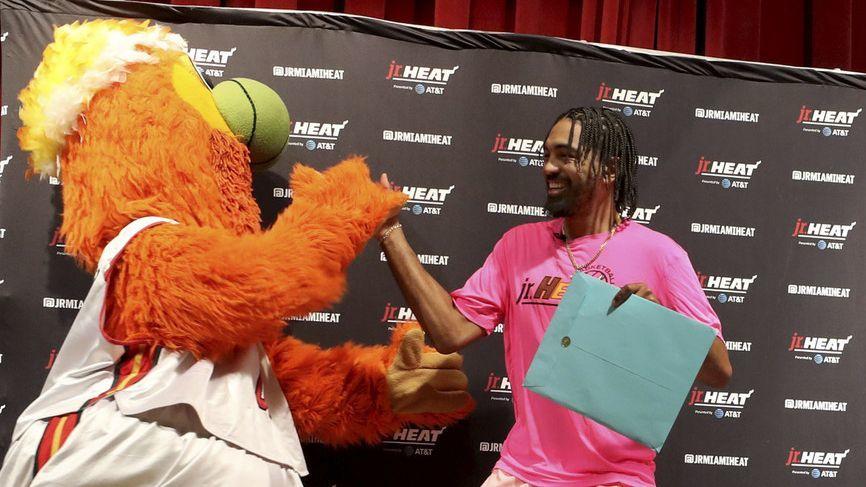 Having a history, and especially a championship history, also means there are moments to be endured.

What if Dan Majerle didn’t allow New York Knicks’ Alan Houston to duck down and then convert the winning shot that eliminated the Heat from the 1999 playoffs?

What if Jamal Mashburn didn’t pass a better look than to pass Clarence Weatherpoon for a miss that ended the team’s playoff hopes in 2000?

What if Dwayne Wade wasn’t sick during the 2005 Eastern Conference Finals?

What if the air conditioning hadn’t gone out in the loss to the San Antonio Spurs in Game 1 of the 2014 NBA Finals?

And now, what if Jimmy Butler’s 3-point pull-up effort in the transition was correct with 16.6 seconds instead of two, while the Eastern Conference Finals two weeks earlier turned in a Game 7 loss to the Boston Celtics?

On Tuesday, during an appearance at the team’s summer youth camp at Cooper City High School, heat guard Gabe Vincent was held on the spot by a teenager when asked what he thought about that effort. Thought, while seemingly there was a way for Butler to tie the game to the rim.

“I loved it,” said Vincent. “I thought the game was over. I thought we won.”

If that were the case, on Tuesday Vincent could celebrate his 26th birthday during travel day in the middle of the NBA Finals.

Later, after being photographed with the campers with team mascot Bernie, Vincent said it was a moment that was still on his mind.

But, there was no looking back.

And no matter how the Heat’s team leader handled that moment.

“But, like I said, I support Jimmy,” he continued. “I support the shot. I probably would have done the same thing at his post. There’s a heavy head that wears the crown and I’m sure he’s got a lot of heat for it. But he has my backing.”

For now, Vincent has tuned in to that moment—and the Golden State Warriors take a 3-2 lead over the Celtics in a best-of-seven NBA Finals win.

“I’m not really watching the game, to be honest,” he said. “And it’s no disrespect to the other two teams. I know they’re playing well. I’ve caught pieces around, but I’m not really looking.”

For Vincent, it’s been a whirlwind 12 months, from training with the Nigerian Olympic team last summer to the Games in Tokyo, going from his heat two-way contract a year ago to this season’s standard deal.

“I think it was a long year for me with basketball. It started before the season even started,” he said. “So I guess I just needed a little break, and I’m sure I’ll go back and watch the games, some of these games, without commentary.”

Technically, the Heat have a June 29 deadline to collect their $1.8 million guarantee on Vincent for next season. But that is only a formality, given that Vincent, based on his contributions as a consistent starter this past season, will command more than three times as many in the open market.

“It’s a little different than the other situations I’ve been in,” he said of almost certainly having a contract and guarantees for next season. “But I try not to count my eggs before they hatch. So we’ll wait until they make that option, if they do.”

As for Tuesday’s birthday, he was presented with a cake and anointed by the campers, which had already been taken to dinner by the heat center Bam Adebayo.

“I couldn’t wait to get out here and have fun with the kids,” he said.

And then, soon enough, it’s time to get back to work.

“Countless things have happened this year, like ‘Oh my god, this is unbelievable,'” he said. “Olympic stuff, [winning an exhibition for Nigeria against] Team USA, as of this season, has more games than I have in previous years and is getting a playoff run and minutes into the playoffs.

“Obviously, it didn’t end the way we wanted it to. But there were so many things to hang your hat on and be proud of.”

Attica Review: Reflections on the Riot