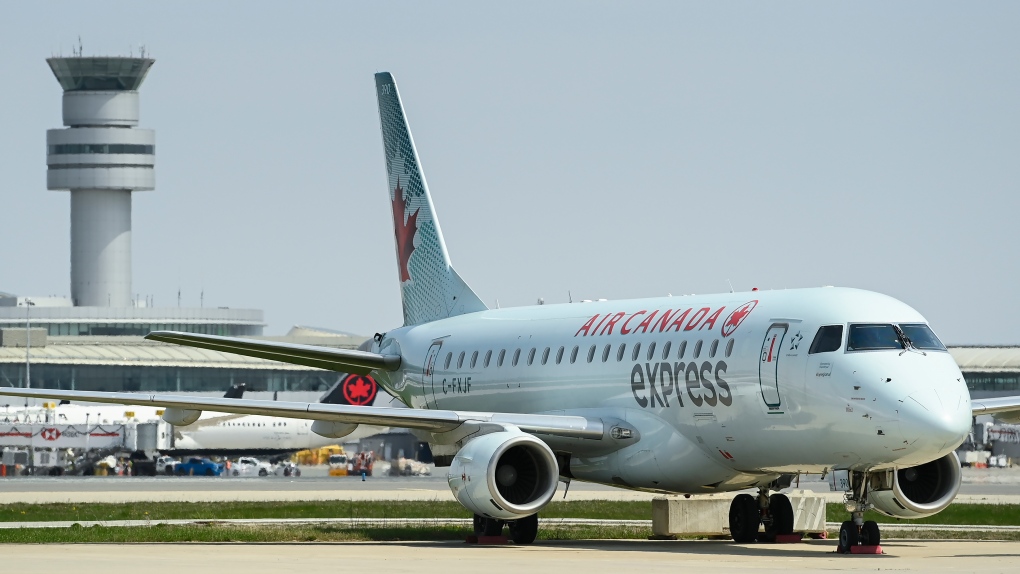 Most of Canada’s vaccine travel restrictions ended on Monday after a chaotic weekend of cancellations and delays for some travelers.

This comes as a surge in travel demand ahead of the busy summer season.

“I was specifically vaccinated so that I would be free to travel, so I’m happy to see it picked up,” said Jennifer Walter, a resident of Comox, B.C.

Walter and her husband had recently traveled to Winnipeg for work before boarding a plane to Toronto. He has traveled a lot in the spring and is no stranger to some of the frustration people feel on planes and airports across the country.

“I think most of the flights I’ve been on have been delayed which is interesting,” Walter said.

The federal government has removed its proof of vaccination requirements for people aboard planes and trains within Canada. It is meeting vaccine requirements for foreign nationals entering the country and will still require quarantine and testing for unvaccinated Canadians returning home from international travel.

While some passengers have welcomed the move, experts said the measure alone is unlikely to make much difference when it comes to delays and cancellations.

Travel expert Jim Byers told CTV News: “Some people have to take a small piece of paper out of their bag to show it at the check-in counter, but that’s not usually a big issue.” “The big issue has been the security lineup. When you’re departing from Canada the big problem is going through customs on the US side and the biggest problem is when you’re arriving and it’s going to be something to solve that. does not do. “

WestJet said in an email to CTV News Winnipeg that one of its flights from Toronto to Winnipeg this weekend was canceled for maintenance and that the cancellations from New York to Toronto were crew related.

“The cancellations in our network on Sunday resulted from a number of factors, including ground operations at Toronto Pearson, limited crew availability and unscheduled maintenance, which significantly disrupted our operations,” the airline added.

WestJet said teams worked to get passengers on other flights. However, the company said those options were limited and in some cases not available within 24 hours.

Meanwhile, Air Canada said a flight from Regina to Toronto was canceled due to strong winds in Toronto. It said operations have been disrupted by customs and security, baggage system issues and air traffic control challenges, among other cases.

“It is important to understand that airlines rely on many third-party providers to keep their operations running smoothly,” Air Canada said. “When one (or more) links in this chain are not working efficiently or face issues, the effects can be felt immediately throughout the air transportation ecosystem.”

But it’s not just Canada, with thousands of flights canceled or delayed across the US this weekend.

Walter is hopeful that things will improve but he knows it may take time.

“The main thing is to just keep watching and see what’s happening with your flight,” she said.

Air Canada said factors such as inclement weather are only adding to the challenges the airlines are facing.

The company said when disruptions occur it can shut down work schedules and in some cases push aircrew beyond regulated duty days, making them unavailable for work.

For its part, WestJet said that if the reason for the delay or cancellation of more than three hours is beyond its control, a new flight will be provided at no extra charge.

You may be eligible for compensation if the cause is believed to be within WestJet’s control.