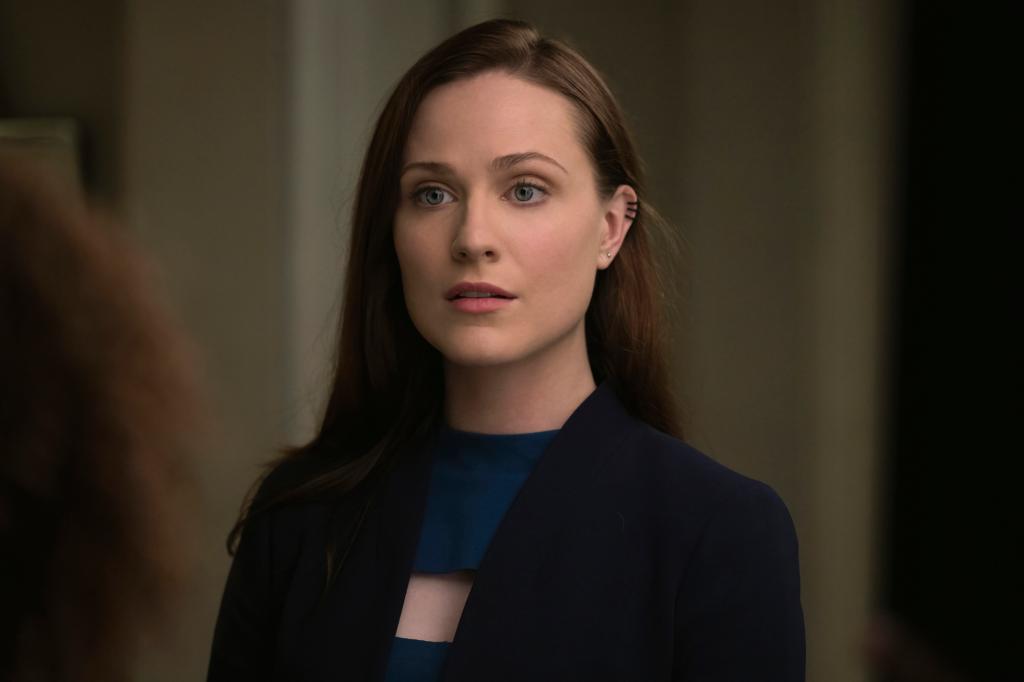 Season 4 (premiering Sunday, June 26 at 9:00 pm) takes the action from the western adult theme park where past seasons were set to what appears to be the real world, to a futuristic version of New York City. (Future New York also appeared in Season 3, but Season 4 starts a few years later.)

There isn’t much orientation in this new world, as the show just throws viewers into the middle of a few characters’ stories – and we have to figure out where they are right now.

Dolores (Evan Rachel Wood) lives her life as a meek woman named Cristina with friendly roommate Maya (Ariana DeBose, West Side Story). Christina seems to have no memory of herself or her previous life, and spends her days writing scripts for an entertainment company about video game minor characters.

She wants to write about romance but has been told she needs to give her characters more violent endings. She also receives strange phone calls from a man who seems to think she is in control of his life, and she wakes up every morning in the same position (which is a reference to the “loop” she was in in past seasons, in park).

Thus, it seems likely that she is now living in a different cycle, with the irony that she is now in the position of a writer rather than a minor character, although without realizing it. Of course, this raises questions: Who controls her cycle? (if she is in one) why is she in it? and who else around her is a robot?

Other storylines create similar cryptic scenarios that leave us with more questions than answers. William, also known as The Man in Black (Ed Harris), is still rampantly wreaking havoc with a nefarious but obscure end goal. Charlotte (Tessa Thompson) is still scheming, and there are many symbolic images in her, including flies and mazes. Maeve (Tandiwe Newton) and Caleb (Aaron Paul) team up on a mission, but Caleb (Season 3 add-on) also now has a family with a wife and daughter, while Maeve lives a life of survival alone in a remote cabin.

Bernard (Jeffrey Wright) is back, as is Teddy Flood (James Marsden), Dolores’ stalwart cowboy. He died in Season 2 and didn’t die in Season 3, but when you’re a robot, obviously death isn’t permanent.

In typical Westworld fashion, it’s not entirely clear where this is all going or what’s going on. Everything is interesting though.

At its best, this show is gripping, thoughtful, and intriguing, blending a compelling storyline with philosophical overtones. At his worst, he is smugly serious, ponderous, and seems to think that being confused is akin to being smart. While seasons 2 and 3 fell victim to the latter, so far season 4 is intriguing. Yes, it’s confusing, but we have enough information to begin to understand the storyline as it unfolds and leave us wanting more.

It feels like a return to form for Westworld and also feels new with the futuristic New York setting and its characters in different narratives.

Even if you were disappointed with season 3, this new attraction is worth a try.