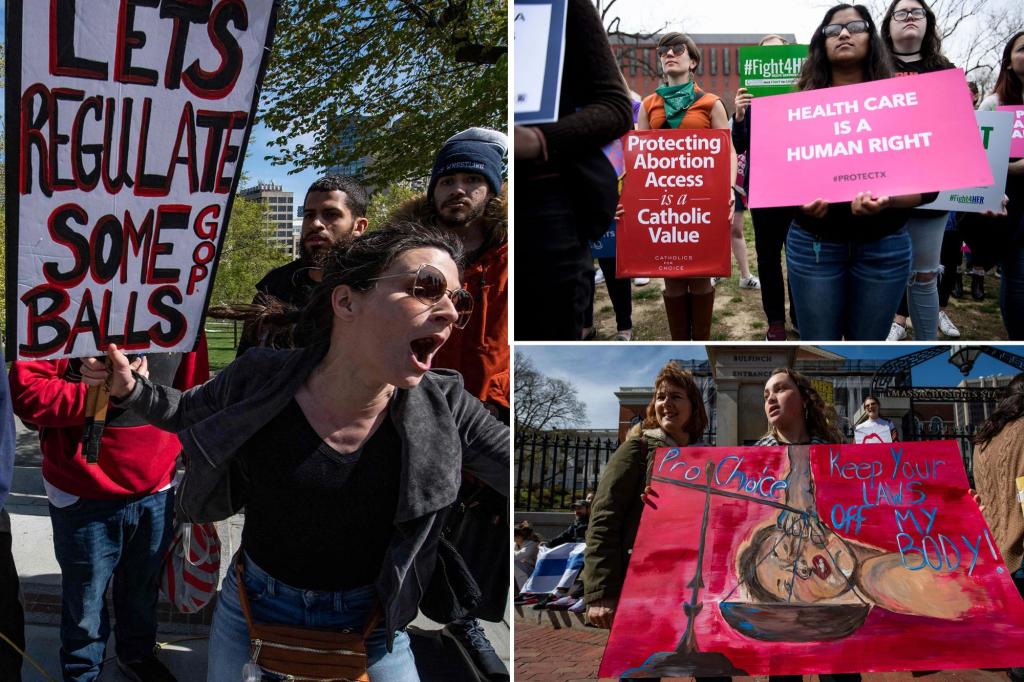 Outgoing White House press secretary Jen Psaki said Monday that Supreme Court justices “should be able to do their jobs without worrying about their personal safety” as pro-abortion protesters protested against Chief Justice John Roberts and Justice Brett Kavanaugh over the weekend. Maryland had marched outside homes. ,

“But it should never involve violence, intimidation or vandalism. Judges serve an incredibly important function in our society, and they should be able to do their jobs without worrying about their personal safety.”

About 100 sign-holding protesters walked from Kavanaugh’s home to Roberts’ nearby residence on Saturday.

Videos posted on social media showed the group saying, “The whole world is watching!”, ‘We won’t hold back’ and ‘My body, my choice’.

It is not clear whether either the judge or his family was in the house at the time. However, concerns have been raised for his safety and the safety of four other Conservative judges as additional “walk-bys” are planned for later this week.

The protest comes days after a draft Supreme Court opinion may have influenced the historic abortion ruling Roe vs. Wade was leaked.

The White House has previously urged protesters to remain peaceful but refrained from additional comment.

“I think our idea here is peaceful protest — the United States has a long history in that country,” Saki said last week. “And we certainly encourage people to keep it peaceful and not resort to violence of any kind.”

“The President is of the view that there is a lot of passion, a lot of fear, a lot of sadness among many people across the country about what they saw in this leaked document,” he said. “We clearly want people’s privacy to be respected. We want people to protest peacefully if they want to protest. That would certainly be the view of the President.”

Since the leak of a draft opinion by conservative Justice Samuel Alito, thousands of protesters have gathered in major cities across the US, including outside the Supreme Court building in Washington.

Some have speculated whether recent demonstrations outside the House of Justice are legal, as 18 USC 1507 states that “anyone who “interferes with, hinders, or is intended to hinder the administration of justice, or . .. is intended to impress any judge, juror, witness, or court officer” and picket or parade in or near the court building or residence “possessed by such judge, juror, witness or officer of the court or is used” shall be punished with fine or imprisonment of up to one year.

The law also applies to persons who use sound trucks or similar equipment “or resort to any other performance in or near such building or residence.”