What compensation are you entitled to if your flight is delayed or cancelled? 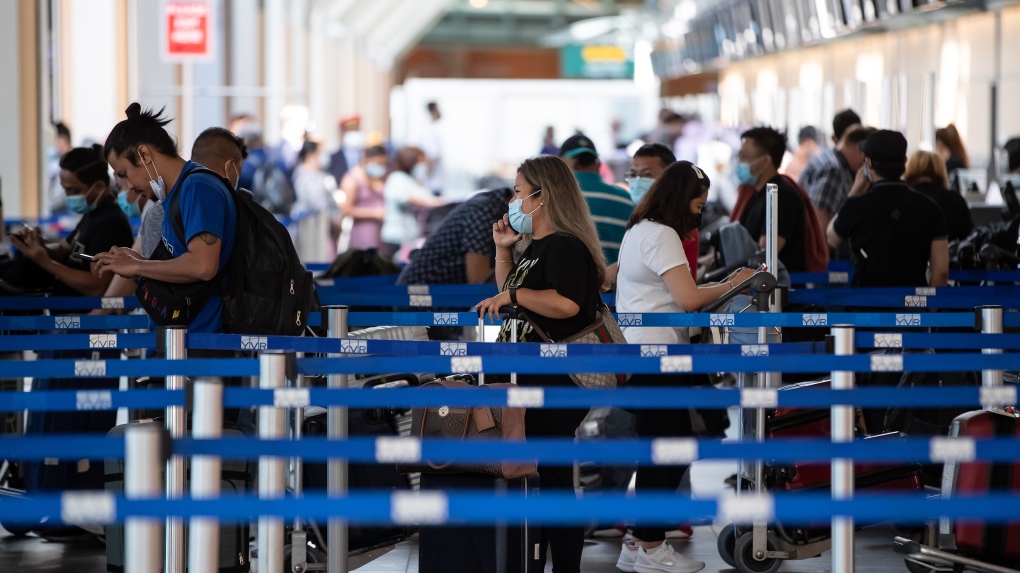 Canadians have faced a slew of issues flying as travel increased after two years of pandemic restrictions, leaving some stranded or delayed for hours at airports amid staff shortages.

As airlines, security and customs agencies struggle to handle the resurgence in travel, problems have trapped travelers and delayed the start of holidays for others, leaving many Canadians wondering why. What rights do they have in such situations?

In Canada, air travelers can be compensated for flight delays and cancellations under the Canadian Transportation Agency’s Air Passenger Protection Regulation (APPR).

If a flight is delayed or canceled and the reason is within the airline’s control and not related to safety, passengers are entitled to “a specific standard of treatment, compensation, and rebooking or refund” under APPR.

CTVNews.ca explains what rights passengers have and how to receive compensation if a flight is delayed or cancelled.

When do passengers have the right to compensation?

According to the APPR, passengers are entitled to compensation if the flight is delayed by more than three hours, which is within the carrier’s control but not related to security.

Under federal regulations, the airline is liable for expenses or damages caused by flight delays, unless the airline can show that it has taken all reasonable measures to prevent what happened.

This applies to all flights to and from Canada, including connecting flights.

Under federal regulations, airlines have a legal obligation to notify passengers of delays and cancellations, as well as their rights in such situations.

However, Gabor Lukak, Canadian air travelers advocate and president of the non-profit Air Passenger Rights, told CP24 that travelers should take it upon themselves to do their research.

“They should never trust what the airline says,” he said in an interview in April. “Don’t ask the airline about your rights, but tell the airlines what your rights are and demand that they respect them.”

What type of compensation do passengers have the right to?

The amount of compensation for air travelers depends on whether the airline is classified as a large carrier or as a small one.

According to APPR, large airlines are considered those that have flown more than two million passengers in each of the past two years. This would include Air Canada and British Airways, for example.

All other airlines are considered small carriers. Until January 12, 2022, Sunwing was considered a large carrier, but after this date its classification was changed to a smaller one.

Under federal rules, passengers must also be compensated for up to $2,400 if they were denied boarding because one trip was overbooked, and up to $2,100 for lost or damaged baggage received.

Airlines may also be on the hook for any other out-of-pocket expenses incurred by passengers due to delays, such as parking or lost wages.

What compensation are you entitled to at the airport?

After a two-hour delay in departure, airlines are required to provide a “reasonable amount” of food and drink, as well as a means of communication, such as free Wi-Fi.

If passengers have to wait overnight for their flight, airlines will have to offer hotels or other comparable accommodations for free, as well as free transportation to the accommodations.

When a flight is cancelled, or once the delay reaches three hours, airlines are required to offer “alternate travel arrangements in the same class of service and using the appropriate route.” Under federal regulations, the airline must rebook the passenger to the next available flight operated by them or with an airline with which they have a commercial agreement.

Apart from disruptions beyond the airline’s control, such as weather or unscheduled mechanical issues, a passenger will be entitled to a refund rather than rebooking if the arrangement provided does not meet their travel needs or any purpose of the trip. Not there. due to disruption.

As part of new rules announced by the Canadian Transportation Agency (CTA), starting September 8, airlines will either have to refund passengers in full or rebook them if a flight is canceled or delayed by three hours or more. Will have to do

Under the updated rules, airlines will be required to offer rebooking or refunds at the passenger’s choice within 30 days if she cannot provide a new reservation within 48 hours of the flight cancellation or within a three-hour delay , including flight disruptions. control of the airline.

What is the procedure for filing compensation claim?

To receive compensation for flight delays or cancellations, passengers must make a claim in writing with the airline within one year of the date of the incident. Some airlines allow you to claim directly on their website.

According to the APPR, the airline has 30 days to respond by releasing the payment or explaining to the passenger why it believes the compensation is not due.

Airlines are required to offer compensation in monetary form such as cash, check, or bank account deposit. Airlines may offer vouchers or other forms of compensation, including discounts, but they must have a value greater than monetary compensation and cannot be terminated.

The airline must tell passengers in writing how much compensation they are owed and the value of any other form of compensation.

What are the next steps should an airline refuse compensation?

If the airline does not respond to a claim within 30 days, passengers can file a complaint with the CTA or go to small claims court.

Lukak said filing a claim with a major airline isn’t always easy and sometimes passengers have to go to court to get compensation.

While APPR advises travelers to do so, Lukak does not suggest travelers seek help from the CTA.

“We recommend that you go the provincial small claims courts route because you are going to have a fair trial there,” he said.