What is enterovirus D68, about which the US has just issued an alert? 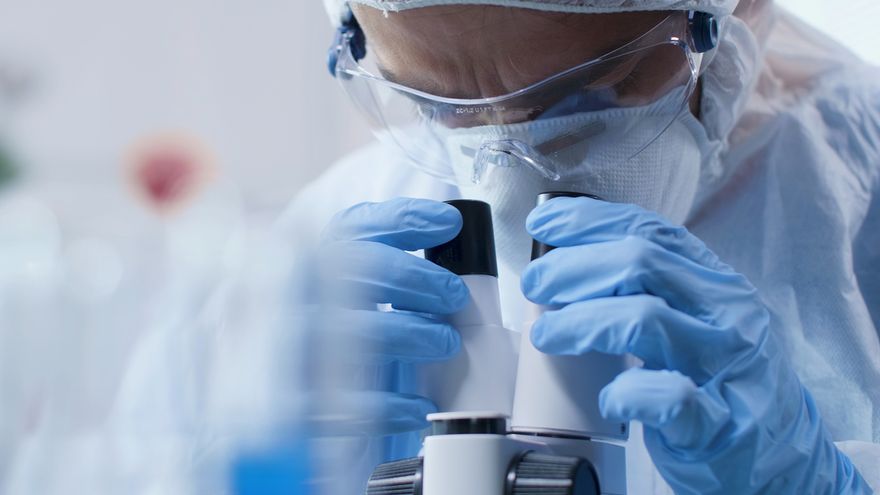 During the month of August, hospitals in several North American states reported an increase in the number of hospitalizations severe respiratory diseases, And in relevant tests they found that some samples were positive for enterovirus D68 (EV-D68).

For this reason, the CDC has just issued a notice alerting doctors, laboratories, and specialists to an increase in serious respiratory diseases that require hospitalization, especially in children.

In the alert they call on health professionals to consider this enterovirus as a possible cause of these serious respiratory diseases and to conduct necessary tests to confirm or rule out.

They also ask all health institutions to report any new cases.

At the moment, the number of infections is already the highest since a significant wave of seasonal infections occurred in 2018.

In addition, it should be remembered that enteroviruses are a group of viruses composed of over a hundred different species and they are responsible for millions of diseases each year.

They are mainly affected in the summer months and early autumn, and are highly contagious, sometimes reaching epidemic dimensions.

But most of them are not serious.

D68, like almost all viruses of its kind, usually causes mild symptoms. cold, But it can also lead to serious respiratory diseases.

In any case, the most frequent symptoms of enteroviruses are:

And for this reason, a doctor’s most common test to detect them is a skin and mouth exam.

There is no doubt that the most important reason for this warning is not so much the mild symptoms of a cold, but a far more worrisome consequence.

a disease that primarily affects young children (they account for more than 90% of cases), and It weakens your muscles and your body’s reflexes.

It is a rare but serious neurological complication that can lead to permanent paralysis or even death.

And while it is true that the CDC has received no reports of AFM cases so far this year, it is no less true that experts already know that spikes in EV-D68 infections precede AFM cases.

This is why it is important to see a doctor if any of these symptoms develop:

What should we know about EV-D68 and the risk of paralysis?

EV-D68 was first identified in 1962, although the CDC has only been keeping a close eye on it since 2014, when it caused a national outbreak of respiratory disease.

That year, the agency reported 1,395 confirmed cases in 49 states, although there were likely thousands of additional mild unconfirmed cases.

In most people, it is an acute viral illness that comes and goes without major complications.

But although rare, in some patients it can cause neurological symptoms such as acute flaccid myelitis (AFM).

The data suggests that about 10 percent of EV-D68 cases cause AFM, but all indicators exaggerate the proportion, as many “EV D68” infections are mild and under-reported.

In any case, experts continue to investigate the reasons why the virus affects the nervous system and how some patients develop AFM after a viral infection.

How to protect yourself from infection?

Non-polio enterovirus is spread by droplets or contact, that is, when an infected person coughs, sneezes or touches a surface that other people touch.

Therefore, the best preventive measures are those that we have already become accustomed to using since the SARS-CoV-2 coronavirus pandemic began.

The most important thing is to wash hands frequently with soap and water or hydro-alcoholic gel.

And in the event that someone becomes infected, the mask regains its importance in preventing the spread of disease.

Experts also recommend special precautions for children with asthma, as they are more prone to severe symptoms if they become infected.

Is there any cure?

There is no specific treatment for AFM, but a doctor may recommend physical or occupational therapy.

So it is very important to be aware and test at the slightest doubt. Because it is important to start treatment as soon as possible.

What are non-polio enteroviruses?

Non-polio enteroviruses, such as EV-D68, are very common, causing 15 million infections each year in the United States.

There are over 100 known types and they spread in late summer and early fall, although they can infect us throughout the year.

Most infected people are asymptomatic or have mild cold-like symptoms such as fever, runny nose, cough, sneezing or body aches.

The two best-known enteroviruses, enterovirus A71 and coxsackievirus A6, can cause “hand, foot, mouth disease,” a mildly contagious infection that is very common in children under the age of 5.

The CDC alert also notes that some patients with respiratory illnesses who were recently hospitalized tested positive for rhinovirus, which often causes the common cold.