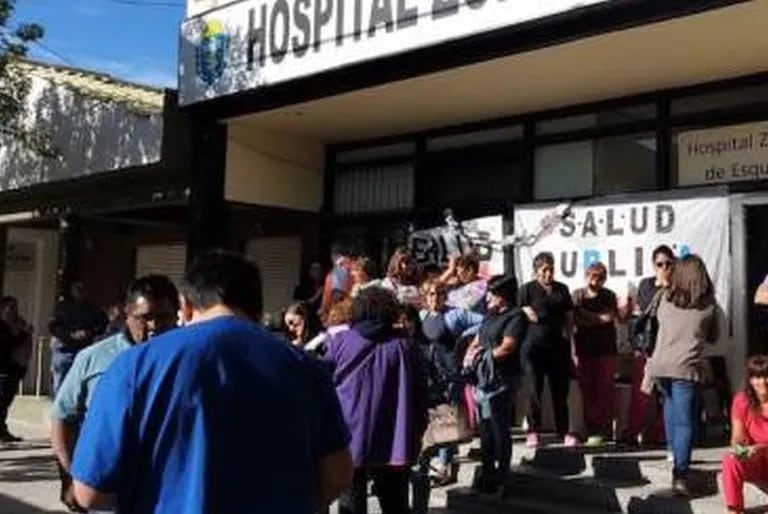 Chubut.- Chubut’s Minister of Health, Miriam Monasterolo, confirmed that there are no restrictions on the care of Chilean patients. Esquel Hospital”, and recalled that the highly complex benefits are part of an agreement and “receive economic consideration from the Chilean government”.

The controversy arose from a note presented by Esquel Hospital staff to the management of that health center, which announced that in order to avoid the long lines of city residents seeking care, They will not give more shifts to Chilean citizensThose present in the southern region of the neighboring country for treatment based on an agreement between the provincial health authorities with their peers.

as mentioned yesterday CountryThe measure of not receiving appointment requests from Chilean citizens was promoted by the Statistics Sector of the Medical Center and the local branch of the Union Personal Civil de la Nación (UPCN) union and seeks to regulate the care of Chilean citizens in our country . And give priority to local patients.

However, since The Ministry of Health overruled that decision And denied that they were going to suspend care for citizens of the neighboring country primarily based on the existing agreement.

“The government of Chubut remembers that the provincial health policy is to provide care to all who need it,” an official communication stressed.

There, Minister Miriam Monasterolo said: “The health policy of the Esquel Hospital and Chubut government is Caring for anyone who needs health care, no matter where they come fromAs long as it is in our territory, because it is a fundamental right”.

Denying the information that has surfaced about the existence of restrictions to the care of Chilean patients, Miriam Monasterolo explained: “There are border towns with the Republic of Chile with whom we have a health agreement”, on the basis of which “Chilean patients are being treated in Chubut”. should be referred to hospitals in the U.S. to receive more complex exercises that may not be accessible in these areas”.

Such medical benefits are paid so “there is economic compensation from the Chilean government,” the minister said. Likewise, he specified that “these consultations are scheduled, they must pass the Chilean medical audit and they are agreed with the Esquel Hospital management”, so “changes are provided by the services and the staff is not overloaded”.

Luciano Nattine, an employee of the Esquel Regional Hospital and UPCN representative, said: “It is not a prepaid pharmaceutical company, so the commercial contract will not have priority over citizens who have full rights to access health services. It is a public hospital, not a prepaid medical company. What we are demanding is adequacy of services, a patient will not have to come to request an appointment, there should be more adequate infrastructure focused on the population.

“When a health system is planned, the population to be served is planned and the distribution of resources is calculated based on the number of people. Argentines have free health, when an Argentine crosses the border, their right to health is lost. We see a lack of interest in responding to the user population”, he had argued.

PGA back on the Southern Hills as Mickelson debates a comeback