What’s at stake in Abu Dhabi? 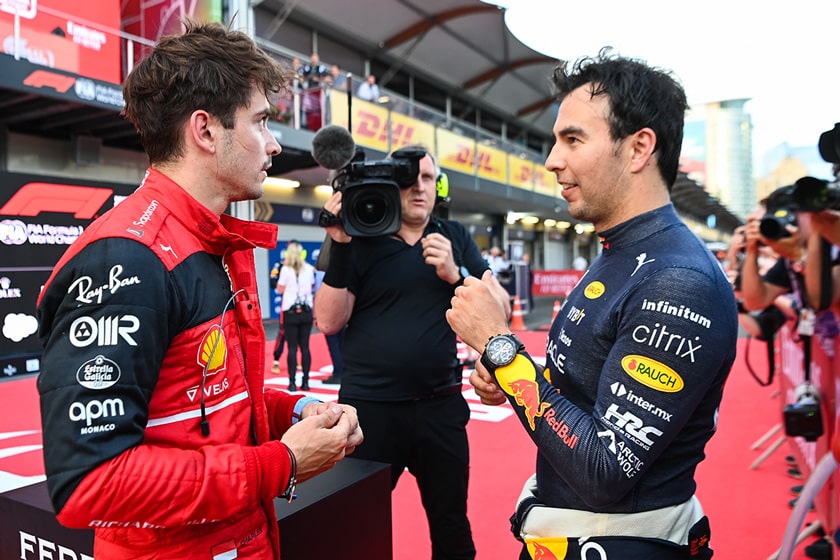 Although the World Cup is already decided, there are many interesting matches in the final Grand Prix

Battle for second place in both World Cups, highlights

The 2022 World Cup finish in Abu Dhabi will be much waterier than last year, which had an epic result between Max Verstappen and Lewis Hamilton. The story of that film will not be repeated this Sunday, but there are several fronts opened by other interests that make the final race at Yas Marina more than interesting.

As has already happened with Hamilton and Verstappen in the battle for the World Cup in 2021, the two main candidates for the runner-up finish were tied on points in the final race. Charles Leclerc and Sergio Perez go into Abu Dhabi with 290 points each and whoever finishes ahead will win the silver medal this year.

Of course, we shouldn’t forget George Russell on this front, because if he wins with the fastest lap like in Brazil and the other two drivers drop out, he will take second place against all odds. It’s an unlikely scenario, but both Leclerc and Pérez will have to make sure to minimize the damage if the race doesn’t go well for the purpose of taking part in the FIA ​​Formula 1 gala for the first time.

Ferrari have been ahead of Mercedes in the Constructors’ Championship all year, but the two could change course in Abu Dhabi. The Silver Arrows are more motivated than ever after achieving their first win and double in Brazil, while the Scuderia is going through a very difficult second half of the year due to lack of improvement.

There is a 19-point gap between the two in the World Cup, a distance that is not huge, especially considering the fact that Mercedes deducted 21 points in Brazil. Second place would be a great reward for both their works, but it is notable that third has more wind tunnel hours ahead for 2023. So, given Red Bull’s nod, finishing behind second could be a huge strategic advantage for the future.

Battle of the partners: Alonso-Ocon

The two Alpine riders are very evenly matched, with Esteban Ocon five points ahead of Fernando Alonso. The Frenchman has been above his World Cup partner throughout the year, although the sentiment does not reflect the same. The Asturian’s 2022 has been full of misfortune and problems, but after Brazil, the battle to stay ahead, which means so much to the French, is more open than ever for Abu Dhabi.

Although the battles between teammates are the most interesting thing outside of Alpine, inside the team you have to certify a fourth place in the World Cup to confirm your progress throughout the year. Sunday’s result in Brazil was a huge morale booster for him and a huge blow for McLaren. The difference between the two is 19 points, which prevents Enstone from relaxing. In Woking they are not going in towels.

Aston Martin’s improvement throughout the year has been just as commendable as Mercedes’. From Silverstone he reached the last three in Australia and arrived in Abu Dhabi with a sixth-place finish. With Alfa Romeo, the goal is to stay in the position they have been in throughout the year and even sixth place will give them a very important economic injection to continue improving independently before Audi arrives.

Global wealth rises in 2021, but remains concentrated in a few hands