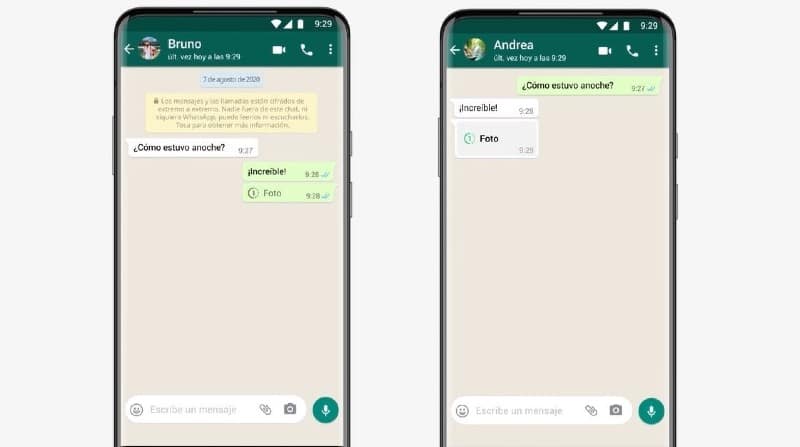 Single view setting in WhatsApp will not allow taking any screenshot on images or videos. photo courtesy

WhatsApp has started rolling out an option that prevents users from performing screenshot of images and videos sent with the configuration of solo performance.

To provide more privacy, messaging app Developed this mode, which prevents media files from being saved in the ‘Photos’ and ‘Gallery’ sections of the recipient.

Once an image or video is sent with this setting, it can only be viewed once and cannot be forwarded to other contacts saved, starred or shared within WhatsApp.

Currently, as the company has mentioned on its website, it is possible to take screenshots or screen recordings of where multimedia files are seen before they disappear. In that case, the ‘App’ will not notify the user sending the file that the recipient has captured its contents to be saved on the device.

Now, WhatsApp is rolling out a feature to try and block these screenshots, as WABetaInfo warned in the latest beta of WhatsApp for Android 2.22.22.3.

So, if the sender has this option activated, when the recipient is going to capture an image or record the screen, it will be saved as a file in black. In addition, the application will indicate at the bottom that “capture is not possible due to security policy”.

This functionality is limited to images and videos only, as mentioned by this portal, it is still possible to take screenshots of WhatsApp conversations.

WABetaInfo has indicated that this feature is currently only available to certain beta testers of Android OS devices.

It should be remembered that this is not the only solution proposed by META in terms of privacy, as a few months ago it announced the implementation of new options for leaving groups without warning and hiding ‘online’ status.

The company’s CEO, Mark Zuckerberg, indicated that they would soon be available to all users and that the company was working on “new ways to protect messages and keep them as private and confidential as face-to-face conversations”.