When will the 215 freeway bridge at Mount Vernon on Washington Street in Colton be built? 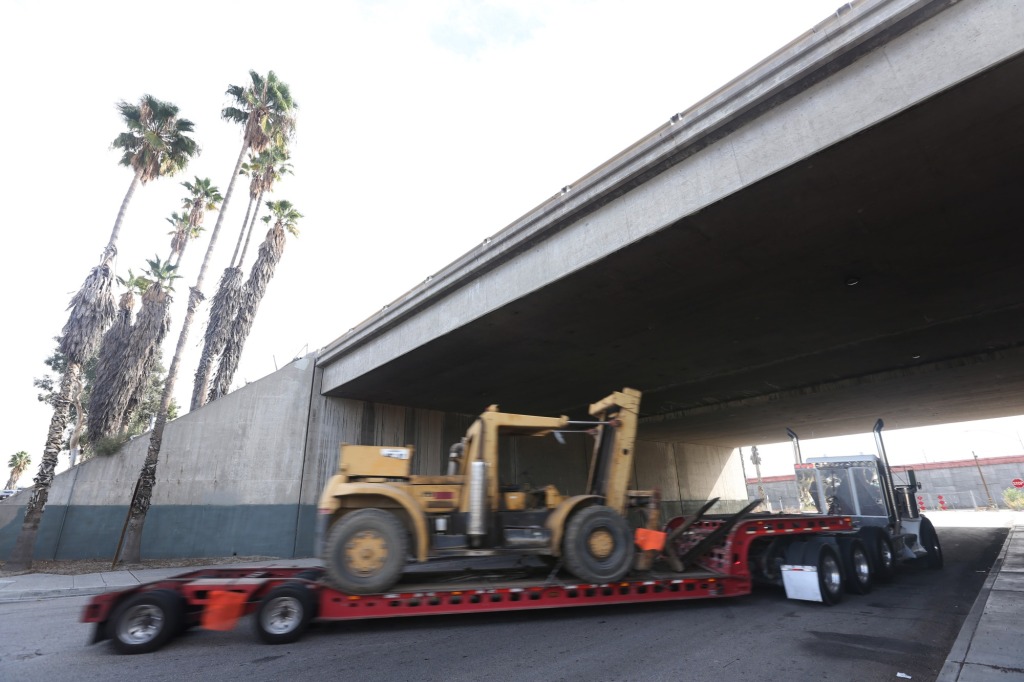 Why: Roldan Terroy of Colton asked about the construction of a bridge overpass on the 215 freeway at the Mount Vernon/Washington Street exit in Colton. He said that during construction work in May, the overpass was reduced from two lanes to one lane each, allowing traffic to return to the off-ramp. Teroy asked when the project would be completed and what improvements were being made in it.

a: The work is part of the 215 Freeway Washington Street Bridge Replacement Project that will provide overpass improvements including a higher vertical clearance (in other words, it will be a longer bridge), a longer bridge, bike lanes, and better sidewalks. Caltrans expects the project to be completed by the summer of 2024. Here’s what’s being done:

• The new bridge will include six lanes of traffic, two bike lanes, one sidewalk and two shoulders. It will also include attractive bridge lighting with architectural fencing and barrier rails.

In early May the overpass lane was reduced to night for a week so that workers could pour concrete with no other work. Drivers in this area should expect lane and bridge closures as well as delays on freeways and surrounding roads during the construction period. Look for signs indicating detours or lane reduction. Remember, the speed limit has been lowered to 55 mph in the construction zone.

Why: Kurt Meidinger of Beaumont said that when he turns the 10 freeway west, the two right lanes allow him to merge onto 215. Of these, the right-most lane has only one exit-lane and the other on the left allows him to exit. 215 continues to the south or 10 to the west. If merging to 215 south from the left exit lane, “Should I use my right blinker even though I’m not switching lanes? I’m afraid the blinker might make people in the rightmost lane think.” Will give that I am going to their street,” he asked.

a: It’s never a bad idea to use your turn signal, said Dan Olivos, California Highway Patrol Officer for the Inland Division. “Using the blinker is an indication of movement you are preparing or want to do and helps to make drivers aware of what you intend to do. Giving more information about what you intend to do,” Olivos said. Using your turn signal helps other drivers around you in many situations.

Finally, if you have business at the DMV, know that many locations have extended hours through the summer so you can arrive earlier. Sixty-four regional offices are now open at 7 a.m. through September 30 to allow more time to complete DMV transactions as well as REAL ID applications.

In the Inland Empire, DMV offices in the following communities are now open at 7 a.m. every weekday except Wednesday: Riverside, East Riverside, San Bernardino, Banning, Norco, Hemet, Pomona and Temecula. These offices open on Wednesdays at 9 am and close at 5 pm daily.

Do you travel to work in the Inland Empire? Spend a lot of time in your vehicle? Have questions about driving, the freeway, toll road or parking? If so, write On The Road or call us and we’ll try to answer your questions. Please include your question or issue, name, city of residence, phone number and email address. Write to ontheroad@pe.com or call 951-368-9670.

Saucere: Generosity? call it madness instead