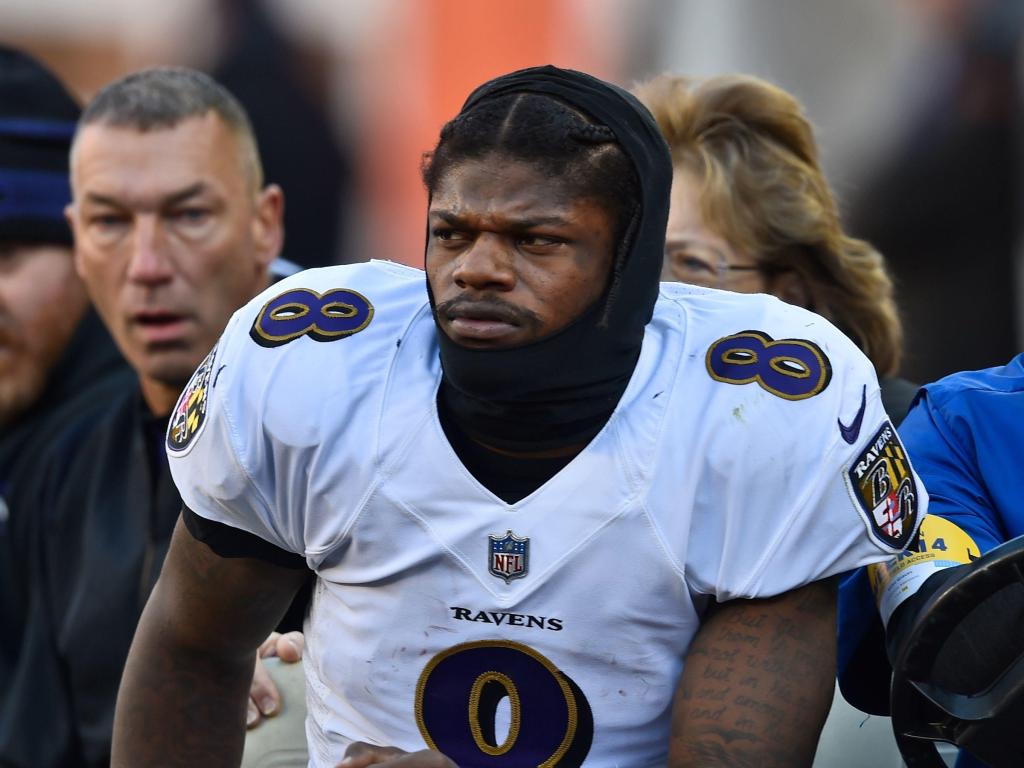 About a year ago, Ravens coach John Harbaugh said he was “totally certain” that quarterback Lamar Jackson would agree to a long-term deal. In March, general manager Eric DeCosta said he was “confident and committed” to signing the 2019 NFL Most Valuable Player to a megadeal. In May, Jackson said he would “love to be here forever.”

On Friday, however, what had once seemed like an inevitability — a franchise-record extension keeping the Ravens’ most important player in Baltimore — tipped over into possibility. At his season-ending news conference, DeCosta said that “nothing’s changed” with his evaluation of Jackson. But he also acknowledged that the Ravens were now working “at Lamar’s pace,” and indicated that the team was willing to enter the 2022 season with Jackson playing on the final year of his rookie contract.

“This is an unusual negotiation because I’ve been dealing with a player,” DeCosta said of Jackson, who’s among a handful of NFL players without a traditional sports agent. DeCosta said they’ve had “five or six conversations” about an extension over the past year. “And I would never divulge a conversation with a player. So for me to talk in specifics would be prohibitive. …

“I think at this point, I would say that we’re working at Lamar’s pace. He’s comfortable where we are right now. I think he feels that we have a lot of unfinished business. He has a lot of unfinished business. He wants to win the division. He wants to win the Super Bowl. I think he and I both share that same vision. And so that’s basically where we stand. There’s a great line of communication. I know that Lamar knows he can come up to see me at any point.”

In April, the Ravens exercised Jackson’s fifth-year option, guaranteeing Jackson $23.1 million in 2022 and buying more time to negotiate an extension. DeCosta said in May that he would work “tirelessly” to reach a deal with Jackson, who’s 37-12 over his career as a starter, and Jackson later expressed hope that the Ravens would get a deal done “pretty soon or whenever.”

But after a disappointing 2021, Jackson said his focus was not on an extension but on rehabilitating the bone bruise in his right ankle, which sidelined him for the final four games of a season that ended short of the playoffs for the first time in his career .

“He can call me at any point,” said DeCosta, who added that he’d spoken with Jackson this week. “We will operate based on his urgency. … Right now, we want to see Lamar get healthy, and we have a lot of different things we have to work on as a team. The offense is a big part of that. But there are a lot of other things we have to focus on as well.”

Jackson, who’d never missed a game because of injury until 2021, played in just 12 games during an uneven season. Despite a series of injuries that ravaged the offense, he finished with a career-high 240.4 passing yards per game and at one point was a favorite for league MVP honors. He also posted the worst interception rate (3.4%) and the worst sack rate (9%) of his career. Jackson’s QBR of 50.8 ranked 17th in the NFL and was the lowest of his career, down from 83.0 in 2019 and 67.3 in 2020.

“Nothing has changed,” DeCosta said. “Lamar’s a Pro Bowl quarterback. He played some brilliant football this year and we had some struggles. And certainly, as a group, when you consider the turmoil that we had in the offensive line, at the running back position, that’s a factor. Lamar’s health this year, he had some issues. He was sick, he hurt his foot, all those different things. We had a lot of different injuries, a lot of different things that we dealt with. So I think there’s a lot of upside with our offense. Lamar’s a big part of that. He’s the right person to do it. He’s a leader. He’s beloved. He’s a phenomenally talented player and he makes us better.”

Harbaugh said Monday that Jackson, who struggled uncharacteristically against the blitz and with his middle-of-the-field accuracy, “is really determined” to improve this offseason. Jackson, Harbaugh said, is still capable of leading a championship-level offense. “As a coaching staff and as a scouting staff, we want to do our part. We have to trust and rely on Lamar and all the players … to do their part and to go to work.”

Jackson has long been one of the NFL’s best bargains. During his breakout second season, when he was named the league’s unanimous MVP, Jackson had a cap hit of $2.6 million, or just over 1% of the NFL’s salary cap. In 2021, his $3 million hit was still less than 2% of the cap. Even with Jackson’s raise next season, 11 quarterbacks would have higher cap hits in 2022; Green Bay Packers star Aaron Rodgers’ is more than double Jackson’s ($46.7 million).

According to NFL analysts and salary cap experts, an extension for Jackson would likely resemble the megadeals signed by young stars like the Dallas Cowboys’ Dak Prescott (four years, $160 million) and the Buffalo Bills’ Josh Allen (six years, $258 million) . Because the NFL’s prorated structure for bonuses, an extension would also clear cap space this offseason for the Ravens, who will have to be prudent in their spending as free agents like center Bradley Bozeman, defensive lineman Calais Campbell and cornerback Anthony Averett hit the market.

But DeCosta said the Ravens would be comfortable with Jackson’s $23.1 million cap hit — and with the possibility of not having him signed beyond 2022.

“We have the cap room,” he said. “We’ll have more cap room at the beginning of the new league year [in March]. We’ll be flexible. We’ll have an ability to make some moves. We can certainly take on that amount. And based on who Lamar is and what he has to offer, that’s not a huge ticket for a quarterback of that ability and of that personality and what he brings to the table for the team.”