Who comes close to a good solar panel…

This year some wine producers have had to move the harvest. High temperatures and drought have conditioned the maturity of some grape varieties, affecting both the quantity of wine they produce and its quality. One problem, common to other crops, is that the climate crisis promises to escalate and against which agriculture will have to find allies even among old foes such as photovoltaic energy, to work in favor of plantations over competition for land. can go. That marriage work is the work of companies like Agrivoltaic Technology and PowerfulTree.

And how is it possible that solar panels and plants can coexist? How to achieve that a photovoltaic panel – and its eternal shadow – prevent any crops from being cropped on its side? Well, by manipulating that shade so that it adapts at all times to the needs of the plants with which it shares land. We can say that the panel, in addition to performing its function and generating energy at a certain cost, serves as a very sophisticated awning that, by the way, also protects against rain and hail.

The first technology that allows this is already used by photovoltaic panels to follow the Sun. The angle at which the rays reach the surface of the plate affects the amount of energy generated, so the panels have axis systems that allow them to travel east to west and north to south, following the Sun. It strives to ensure that at all times – and seasons of year – that angle is the most optimal. «We use this same technique to adjust the plate movement to the light and shade needs of the plants. In fact, the panels we use are the same as any solar park. The difference is in their use. Or rather, its main use, which is not here to obtain energy, but to improve the condition of crops”, explains one of the partners of the startup, Emanol Olaskoga.

The algorithm that determines each moment which shading map to configure the solar panels is fed by data generated by a set of sensors, each to cover potential variations in terrain within a single plantation. Hectares are kept in triplicate. “We monitor indicators that allow us to calculate the amount of carbon that the plant has absorbed—such as how much it has grown or the number of leaves that have fallen—, plant moisture and soil or even ​—that, by means of the captive of radiation, the temperature of the leaves at all times”, details Olascoga.

To these sensors we have to add sensors that hang from plates and measure incident radiation, temperature and environmental humidity. Finally, from the moment the berries appear, the algorithm also includes possible recommendations arising from samples taken by winners. To speed up these shading map validations, PowerfulTree is working on technology that will allow it to create digital twins of each crop. This will make it possible to store data from all monitored plantations and its analysis will generate predictions with which to predict decisions. “The problem is that to generate a lot of data, many crops are needed, so to have two crops a year and double the generation of information, we’re going to apply data from both hemispheres,” Olascoga said. Insisted.

Another aim from the firm is to build its own photosynthetically active radiation (PAR) sensors—which allow plants to know when plants make best use of light—to reduce the cost of those devices. For which today the cost is 40,000 euros per unit.

The firm is currently in the bidding process with Repsol for two projects—one for vines in Spain and coffee plantations in Brazil—and another for olive groves, which it hopes will be operational in two years. By then, Powerfultree expects to have 1.7 million invoices and five European patents, add fruit trees to the crops it works with and expand its workforce by hiring agronomists and energy engineers and experts in data management. has done. To achieve these objectives, it needs an investment of 450,000 euros, so it will participate in the B-Venture on October 18 and 19, the startup event organized by EL Coro with the sponsorship of the Department of Economic Development, Sustainability and the Environment. Government, SPRI Development Agency, Provincial Council of Bizkiah and Bilbao City Council. As well as the support of BStartup from Banco Sabadell, BBK, Laboral Kutxa, Caixabank, BBVA and Duesto University. 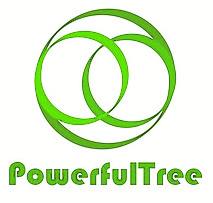 Dedicated engineering to agricultural technology, which combines land use for agricultural production and clean energy.

From Colombia to Minano with a short stop at Alcoyu

Although the firm has been based in Alva Technology Park since this year, it has its origins in Popayán, Colombia. From there Juan Diego Díaz, a young engineer concerned about the effects of excess heat on coffee crops, became interested in something that had already been studied experimentally for two decades. His idea reached the ears of Valencian entrepreneur and investor lvaro Soler, who saw the initiative’s potential under the Spanish sun and encouraged Díaz to move to Alcoy. Later it was Imnol Olaskoga, at the time the originator of the new MCC projects, who joined the startup and convinced both of them to move CIF to Minano. “It’s something that German and French engineering companies are already working on, so timing is important if we don’t want to depend on foreign technology. And Euskadi doesn’t have the sun, but more than in other regions.” Scientific resources are there. We want something similar to happen with wind power, which we are leading despite not having a wind farm,” he says.