Who is Dritan Abazovic, the new Premier of Montenegro 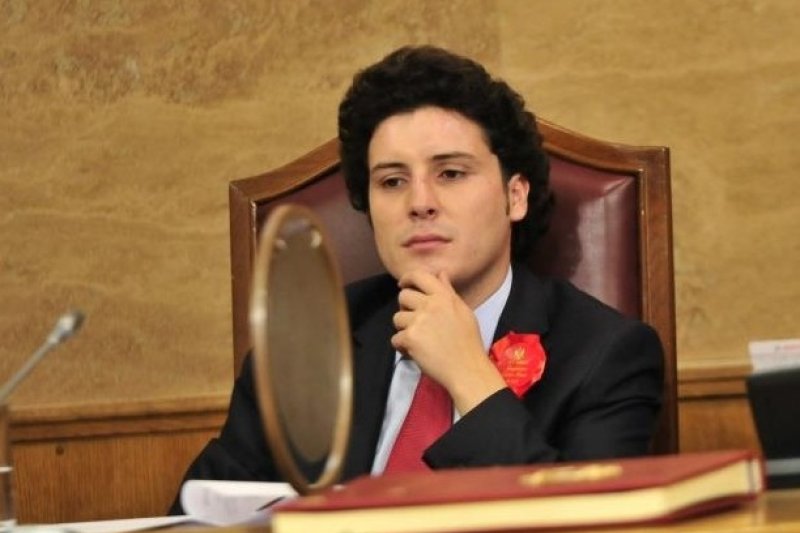 Dritan Abazovic was born on 25 December 1985 in Ulcinj. He grew up in his hometown, where he completed primary school and high school. During high school, he founded the youth group of the Helsinki Committee for Human Rights, which focused on youth reconciliation in the post-conflict areas of the former Yugoslavia.

He trained as a scholarship holder for Norwegian organizations at the University of Oslo, where he completed his “peace research”. He has also participated in professional events in the US, Austria, Belgium, Slovenia, Spain and Luxembourg. He has been a lecturer at several international conferences and a panelist at some of the most prestigious universities. Among others, the MSU Ilgan (College of Arts and Social Sciences, MSU – Ilgan Institute of Technology) at the College of Arts and Social Sciences of the Institute of Technology and Social Sciences in Bilgi (Bilgi University) in Istanbul held a lecture on “concepts”. New concepts of human security in the political sphere”, while at the Faculty of Political Science of the University of Montenegro with the theme “The Challenges of the Global Economic Crisis”. Most recently he was a lecturer at the London School of Economics (LSE). , as well as in the “Cognitive and Ethical Improvement of Mood” scientific conference organized by the Center for Bioethical Studies (CBS) in association with the University of Oxford. In addition, Abazovic participated in several panel discussions on EU, Euro-Atlantic integration. and the like.

Participated in many schools, seminars and conferences. Graduated from the Regional Academy for Democracy, which was organized in Subotica, Zagreb, Durs and Barcelona, ​​as well as the School of Young Leaders in the fields of politics, economics, technology and culture within the Strategic Forum in Bled – Slovenia. He was the best attendant of the Bulgarian School of Politics for the Western Balkan countries in Sofia. Besides Montenegrin, Abazovic also speak English and Albanian. He is the author of the book “Cosmopolitan Culture and Global Justice”, which was published in 2010. So far in his career he has published more than ten scientific papers in local and international journals, mainly in the fields of philosophy and international relations. He wrote dozens of opinions for newspapers and well-known media portals, such as: “Wizesti”, “Al Jhajira Balkan” (“Aljazeera”) and “PCNEN”.

Dritan Abazovic became involved in Montenegrin political life quite early. He was the founder of the Montenegrin Positive Civic Political Party in May 2012. In the parliamentary elections of the same year, Affirmative Montenegro won seven seats in the Montenegrin Parliament. Abazovic was the youngest member of the Montenegrin Parliament, followed by one of the most active members of the Assembly. However, in 2014 there was a rift between Abazovic and the party leadership, and he, along with most of the members, positively left Montenegro and served as an independent member of the Montenegrin parliament. In early 2015 he founded the URA, the civic integralist political movement. In the parliamentary elections held in Montenegro in 2016, the URA participated as part of the “Grand Coalition – The Key”. Abazovic was re-elected a member of the Montenegrin Parliament. He recalls his open feuds with MPs and the ruling party’s leader, the Democratic Party of Socialists, when he called for the resignation of then Prime Minister of Montenegro, Milo Jukanovic, due to several scandals. At the Congress of the URA Movement, which was held in April 2017, Abazovic was elected president, a position he still holds today. He is the first representative of a minority to be elected head of a civic party in the history of Montenegrin parliamentary life. He has significantly reaffirmed the party internationally and regionally, while noting that one of the most significant successes in his political career is the fact that in July 2020, at the Congress of the European Greens, the URA became the first opposition party. Independent Montenegro which became part of one of the families of the European Partisans.

In mid-July 2020, URA introduced a “Black on White” platform to the public, bringing together like-minded people and organizations such as CIVIS, the Boca Forum and the Justice and Reconciliation Party. The program was meant to improve the living standards of all Montenegrin citizens with some key points. Some of these points are: establishment of the rule of law and relentless fight against corruption and organized crime, reform of the economic system, education system and health system, as well as protection of the environment and sustainable development. Abazovic was elected the holder of the “Black and White” list, which took part in the parliamentary elections held in late August 2020. During the pre-election campaign, he often spoke about the ideas he advocated, as well as the strategies he wanted to use. ‘Enforce them if they gain the trust of citizens’. The goal of the policy presented by Abazovic is a civic, European and ecological Montenegro.

The “Black and White” coalition achieved its goal in the elections to the Legislative Assembly of Montenegro and became a key factor in the next government. In fact his four terms were significant, because that’s exactly what happened for opposition coalitions to form a majority in parliament, and for the first time in Montenegro’s history, elections resulted in a change of power. Joining the “For the Good of Montenegro” and “Peace is our Nation” coalitions, the URA contributed to the Democratic Party of Socialists losing power in Montenegro after 30 years of leadership. After the announcement of the first preliminary results, Abazovic declared: “Montenegro, enjoy freedom”! It became synonymous with change not only in its own country but also in the region, and was often referred to as a “game changer” or “king maker”. Among other things, they explained the steps they wanted to take to improve the living standards of Montenegrins. When it comes to the improvement of economic conditions and living standards, Abazovic’s position is that this can be achieved through two systematic laws, the law on the origin of wealth and the law on glut. Their purpose is to control the origin of the assets of all officials and persons whose profits exceed half a million euros. Abazovic often insists that Montenegro has to deal with corruption, for which it costs between 150m to 200m euros per year. He warned of helping small businesses most affected by the coronavirus pandemic, halting concessional acts that “favour tycoons around the world to the detriment of Montenegrin citizens”, and with it the sale of expensive vehicles so far to state officials. operated by. It often emphasizes the fact that due to corruption and poor living standards, even 70 percent of young people want to flee Montenegro, and this trend must be stopped because “after a certain number of years No one will defend the state, neither does the church go.” On 9 September, the leaders of the three alliances signed an agreement with which, among other things, they agreed to strengthen cooperation with NATO, accelerate reforms for membership in the European Union and initiate the issue of Kosovo’s independence. resolved to do so. They pledged to respect the constitution and not take the initiative to change the flag, coat of arms and national anthem of Montenegro. Due to its distinctive performance and history it has become synonymous with “the fight against organized crime and corruption and synonymous with unity where people of all religions and nationalities will live together in peace and honor and citizens will fight for Montenegro and European”.

The Parliament of Montenegro voted for the 42nd consecutive government on 4 December 2020. Abazovic was assigned the post of Deputy Prime Minister, covering the security sector. Abazovic is also the head of the high-level Anti-Corruption Council and heads the Operations Coordination Bureau.

His relentless fight for justice led him to clash with the largest criminal factions of the state. During April 2021, Montenegrin police arrested the leaders of the “Kavacav clan”, while the famous French newspaper El Mond wrote that “the brave Abazovic ordered a confrontation with the Mafia and he was willing to pay any price for it”. ready for”. Following this action, Abazovic received death threats, while the police increased his level of security.

After dealing with drug cartels, Abazovic’s activities focused on the cigarette mafia. Cigarette smuggling is Montenegro’s biggest problem in recent decades, worth billions of euros. At the proposal of the Cabinet of Abazovic, in July 2021, it was decided to ban the storage of tobacco products in the free zone of the Port of Bar, and at the same time, the investigation of international smuggling was launched.

During his short tenure in power, Abazovic managed to contribute to the adoption of a law returning Ulkin’s lands to state ownership (15 million m2 – about 250 million euros), as well as returning the old owners to the Gulf. . of Valdanos with about 18,000 olive roots.

Dritan Abazovic was born and raised in Ulcinj, educated in his hometown, Sarajevo and Podgorica and Oslo. Father Jhodeti – who was a famous tourism activist, while his mother Fadile was the first female lawyer in Ulsinj. His brothers and sisters, Jihan and Sanela, are doctors of medicine. Bhai is a renowned expert in the field of regenerative medicine and the use of stem cells in the treatment of various diseases. Winner of many awards and lecturer in many world universities. His sister is a renowned microbiologist, doctor and humanitarian who lives and works in Ulcinj.