Who is Richard Donoghue and why is he testifying at the January 6 hearing? 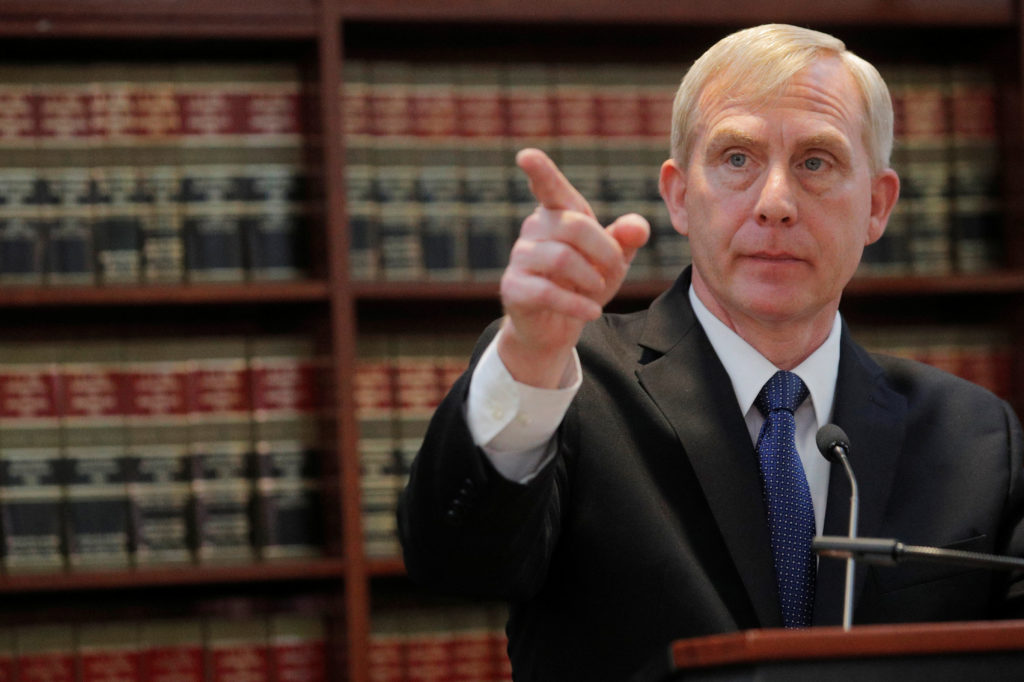 On June 23, Richard Donoghue, acting Deputy Attorney General in the last year of Donald Trump’s presidency and one of the Justice Department officials who resisted pressure to confirm Trump’s baseless allegations of election fraud, is expected to testify before the committee on January 6.

Day five of the committee’s public hearing will focus on how Trump pressured the Justice Department to help it overturn the 2020 election results. Donoghue was among the Justice Department lawyers who investigated but found no evidence of Trump’s unsubstantiated allegations of election fraud, Rep. Liz Cheney, of Wyoming, said June 9 on the first day of the committee’s hearing, noting that he was among those who refused to use their position to advance the claims of the former president.

“These people kept their oaths. They have done their duty. And you will hear from them at our hearings,” Cheney said during the June 10 hearing.

The committee has already shown video footage of its private interview with Donoghue, in which he detailed discussions with Trump about his allegations of electoral fraud.

Donoghue said Trump would ask about the election fraud allegation, and after he refuted it, quickly move on to another allegation.

“And again, it goes back to the fact that there were so many of these accusations that when you gave him a very direct answer to one of them, he would not argue with us, but would move on to another statement,” Donoghue said in video testimony shown during the June 13 hearing.

Donoghue said Trump’s claims include Native Americans being “paid to vote,” voting errors in Michigan, ballot trucks shipped from New York to Pennsylvania, and “suitcases” of ballots dropped into Georgia. Donoghue said he gave explanations to Trump that debunked all of those allegations.

“He said, ‘There’s a lot of scam going on here.’ Told him bluntly that most of the information he receives is false or simply unsupported by evidence. We have looked into the allegations, but they are not substantiated,” Donoghue said in his recorded speech.

To learn more about the key participants in the January 6 committee hearing, click here.