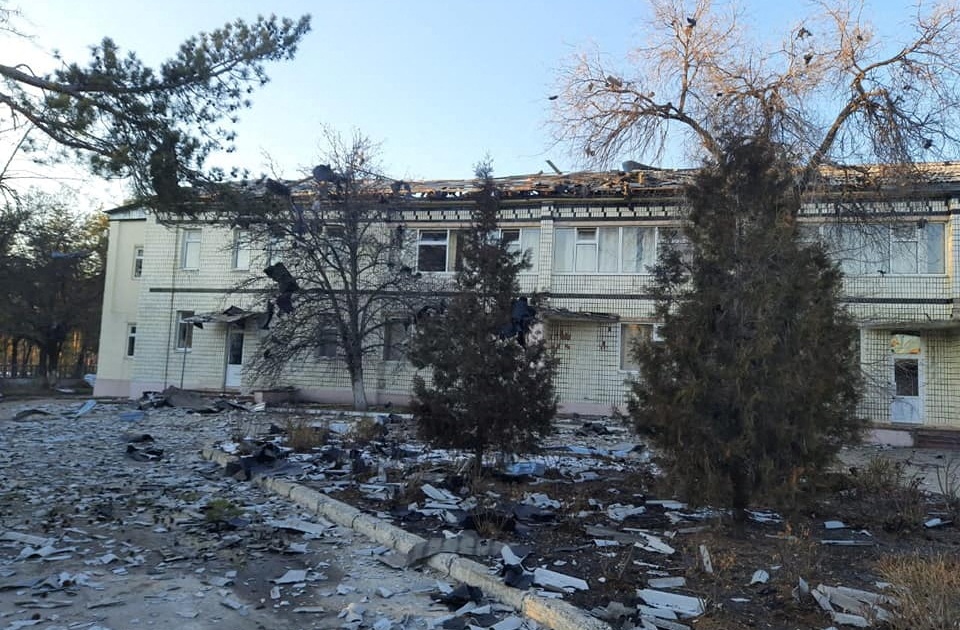 The World Health Organization (WHO) says it has confirmed nearly 64 attacks on health care facilities in Ukraine since Russia launched its offensive a month ago.

The WHO said in a statement that between February 24 and March 21, there were two to three confirmed attacks every day, killing at least 15 people.

“Attacks on health care are a violation of international humanitarian law, but a common tactic of war – they destroy critical infrastructure, but even worse, they destroy hope,” said WHO representative in Ukraine, Dr. Jarno Habich said. “They deny care to already vulnerable people which is often the difference between life and death. Health care is not a goal – and never should be.”

Ukraine has accused Russia of bombing hospitals and health facilities, including a children’s and maternity hospital in the besieged city of Mariupol, in a city officials called a “war crime without justification”.

According to the United Nations, nearly four million people have been forced to flee the country, with Ukraine facing fierce resistance in the face of the Russian advance. Cities, including Kharkiv, Kyiv and Mariupol, have been hit by intense aerial bombardment, with people forced into underground shelters for protection.

On Wednesday, the United States said it had determined that Russia had committed war crimes in Ukraine, setting aside the Mariupol bombing and the attack on a maternity hospital.

“Our assessment is based on a careful review of available information from public and intelligence sources. As with any alleged crime, the court of law with jurisdiction over the crime is ultimately responsible for determining criminal offense in specific cases,” US Secretary of State Antony Blinken said.

Four weeks of war has forced Ukraine to rearrange hospitals to care for the wounded, hindering the provision of basic medical services to the rest of the population.

The WHO noted that there are about 1,000 health facilities close to the front lines or in occupied areas.

“The result – limited or no access to drugs, facilities and healthcare professionals – means that treatment of chronic conditions has almost ceased,” the statement said.

It said nearly half of the country’s pharmacies have been closed, with many health workers displaced by the fighting or unable to work.

The UN agency said it is working closely with Ukraine’s health ministry to address problems caused by the war and has sent more than 100 metric tons of medical equipment across the border to health facilities across the country.

Some 36 metric tons of supplies, including trauma kits, medicine for chronic diseases, and pediatric drugs, are currently on their way to the western city of Lviv, with an additional 108 metric tons waiting to be shipped.

“What we are providing – and where – meets the very needs of people on the ground, where Ukrainian health workers are working round the clock in unimaginable conditions. A team of trained health care professionals, a WHO trauma kit containing surgical equipment , consumables and antiseptics – can save the lives of 150 injured. In other words, giving 10 such kits means saving 1,500 lives,” Dr Habich said.

The WHO said earlier this month it also sent urgent medical supplies as part of a United Nations convoy to Sumy in northeastern Ukraine – to treat 150 trauma patients and 15,000 patients for three months in healthcare. enough to provide.

It has also deployed more than 20 emergency medical teams to Ukraine, and assisted displaced persons in Poland and the Republic of Moldova.

Mother’s Day 2022: Shruti Sharma – My mother has been my source of inspiration and inspiration