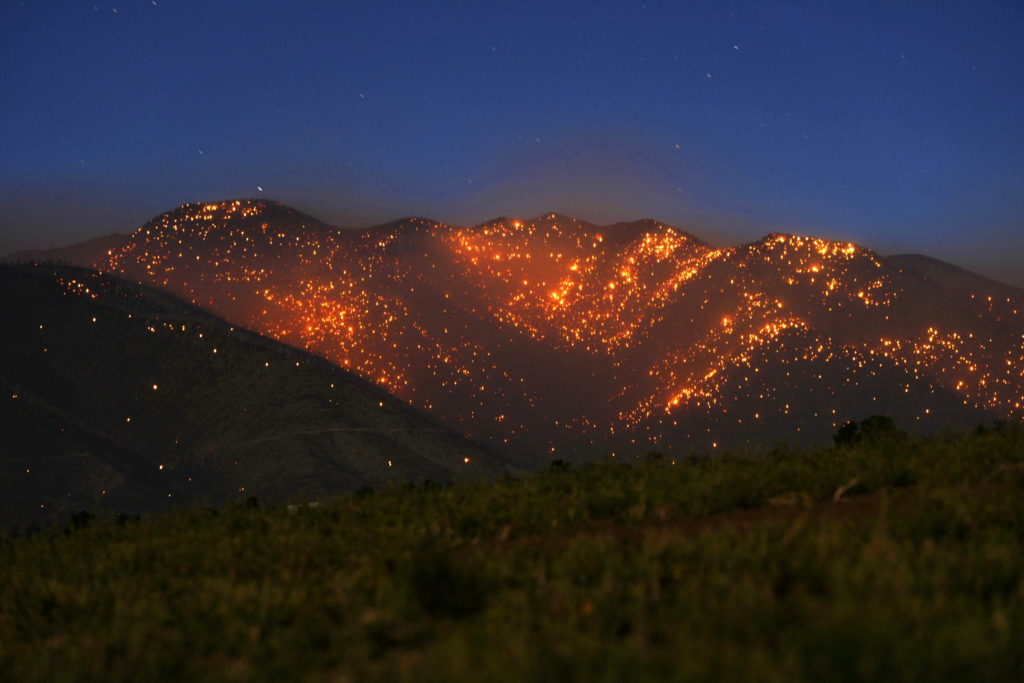 FLAGSTAFF, Arizona ( Associated Press) — As Jason Nez scans rugged mountains, high deserts and cliffs for signs of ancient tools and dwellings unique to the US Southwest, he remembers they are part of a larger picture.

And fire is nothing new to them.

“They’ve been burned many, many times, and that’s okay,” said Nez, an archaeologist and Navajo firefighter. “We consider many of our cultural resources to be alive, and living beings are sustainable.”

As two wildfires surround this mountainous northern Arizona city, the flames streak across a land littered with reminders of human existence through the ages—tiered stone houses, rock art, earthenware and ceramic pots that have been well preserved in arid climates from long ago. long before firefighting was a tactic.

Today, fire brigades are increasingly working to avoid or minimize damage from bulldozers and other modern tools at archaeological sites and artifacts, and to protect those on display to ensure history is not lost to future generations. .

“Some of those arrowheads, some of those pottery shards that you see there, have the power to change the way we look at how people lived here,” Nez said.

The crews’ efforts include recruiting people who will advise them on wildlife and habitat, air quality and archaeology. In Arizona, a handful of archaeologists have traveled many miles in recent months looking for evidence of significant past human activity in and around the scorched areas and have mapped them for protection.

WATCH: An exhibition by glass artist Dale Chihuly draws inspiration from the desert landscape of Arizona.

“We know this area is really important to the tribes, and for them it is ancestral land,” said US Forest Service archaeologist and tribal relations expert Jean Stevens. “When we do more research, it helps to add more pieces to the puzzle in terms of what’s in the landscape.”

The nearby Wupatki National Monument, a trading center for indigenous communities around the 1100s, has been evacuated twice this year due to wildfires. Priceless exhibits are on display here, including 800-year-old corn, beans, and squash, as well as intact Clovis or stone arrowheads that are about 13,000 years old.

Until the first wildfire in April, which forced the evacuation of the monument and hundreds of homes outside of Flagstaff, there was no clear plan on how to quickly remove the artifacts, said Lauren Carter, the monument’s lead curator.

“The fire in the tunnel made – pardon the pun – a hot issue to complete the plan,” she said.

Monument curator Gwenn Gallenstein has collected nest boxes with cavities for larger items and Styrofoam pouches for arrowheads and other small artifacts. She had photos for each item, she said, so whoever was tasked with packing knew exactly where to put them.

Gallenstein was able to teach one man how to pack ceramic pots, bone tools, sandals, fabrics woven from cotton grown in the area, and other items before another major wildfire broke out on June 12 and the monument was closed again. Nobody expected the plan to be put into action so soon.

The fire has not bypassed the object yet. Several boxes of items believed by archaeologists to be from individual indigenous cultures were taken to the Museum of Northern Arizona for safekeeping.

Some Hopi clans consider those who lived in Wupatki to be their ancestors. Navajo families later settled the area, but gradually abandoned it, either voluntarily or under pressure from the National Park Service, which sought to exclude private use of the land after it became a monument in 1924.

The site contains about 2,600 archaeological sites in an area of ​​54 square miles (141 square kilometers), representing the convergence of cultures on the Colorado Plateau at the Four Corners, where New Mexico, Arizona, Colorado, and Utah meet. This region includes the Grand Canyon, the Painted Desert, the Hopi mesas, volcanic ash fields, the largest contiguous ponderosa pine forest in the United States, and the San Francisco Peaks, a mountain sacred to 13 Native American tribes.

“It gives you an idea of ​​the density of cultural history here, which continues beyond the boundaries of the national monument in the national forest,” Carter said.

Only 20% of its 2,900 square miles (7,510 square kilometers) of the plateau’s 2,900 square miles (7,510 square kilometers) have been explored in the Coconino National Forest, on the southern edge of the plateau, and 11,000 archaeological sites have been recorded, according to Stevens. Reforestation work, including mechanical thinning and prescribed burnings, has given archaeologists the ability to map areas and pieces of logs. More openings are expected due to the current wildfires, especially in more remote areas, Stevens said.

The arid climate has helped preserve many artifacts and monuments. But it’s also a type of environment that’s prone to wildfires, especially due to the combination of high winds and heat that were all too common in the western US this spring, when climate change-related megadroughts baked the region.

Stevens recalled working to put out a wildfire in the White Mountains in eastern Arizona in 2006 when a prison crew came across a great kiva, a round stone embedded in the ground and used for ceremonies. “It was something really remarkable,” she said. “Where we have had fires lately, we have a lot of research and a lot of knowledge, but we are always ready for this new discovery.”

“There will be pottery shards, there will be shell shards,” he tells firefighters and managers. “In indigenous cultures, these things exist and we respect them by leaving them alone.”

Photos: You, otter, see visitors to the pond of this East Bay Park.

As the world spins, it’s time for Australia to confront the unthinkable