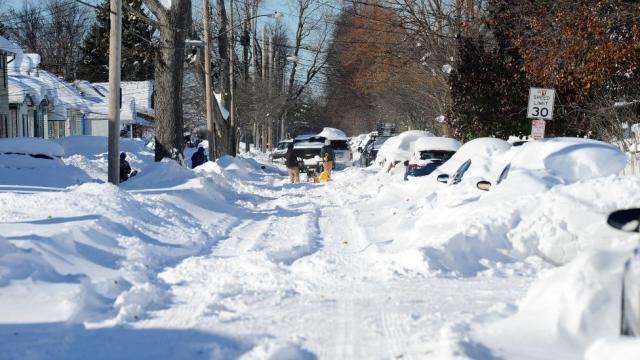 A severe winter storm has pounded the central United States since Monday, threatening millions of people with heavy snow, freezing rain and flooding.

The National Weather Service warned that “multiple, widespread and shocking weather hazards will occur across the heart of the nation this week.” Across the Rocky Mountains and across the Northern Plains and parts of the Midwest, people were warned to prepare for unusual conditions.

Those living further south in Texas and Louisiana may see heavy rain accompanied by flash flooding, hail and tornadoes.

Forecasters said the storm would continue southeast toward Florida through the end of the week.

“It’s going to be a busy week as this system moves across the country,” said Mark Chenard, a meteorologist at the National Weather Service headquarters in College Park, Maryland.

Officials in western South Dakota suggested that residents prepare for 6 inches (15 cm) or more of snow: “Keep your shovels handy, do your shopping and check other essential supplies. Roads will be difficult to travel. “

A portion of the country stretching from Montana to western Nebraska and Colorado is under blizzard warnings. The National Weather Service said up to 2 feet (61 cm) of snow was possible in some areas of western South Dakota and northwestern Nebraska. Meanwhile, snow and hail were expected across the eastern Great Plains.

“This is a ‘we are not kidding’ storm,” the South Dakota Department of Public Safety said in a tweet.

What’s on TV this week: Home Sweet Home and Inheritance

How much did the blue dollar rise in Mar del Plata this Tuesday?