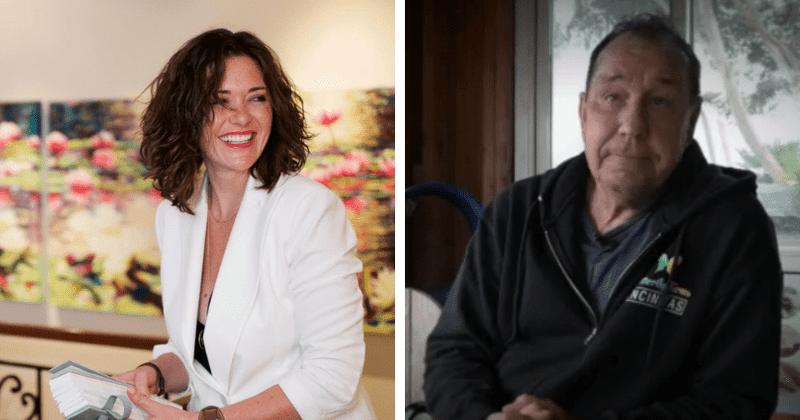 The defense presented a different version and assured that the 64-year-old man died of an unfortunate overdose as he had too many prescriptions.

manners , They blame the designer for providing a cocktail of pills to the victim

Jade Janks, 39, an interior designer, has been charged with the murder of her stepfather, Thomas Merriman, 64, in what could be revenge because the man kept nude photos of her on his computer. , although defense counsel presented a very different version. ,

The trial began in San Diego, California with two conflicting versions, as the prosecutor tries to prove that the old man’s death was premeditated, while Janx’s defense claims that the butterflies were taken care of. The death of Thomas Merriman, a dedicated man, was due to physical problems, typical of his advanced age.

According to the San Diego County prosecutor, while Thomas Merriman was in a recovery center after a fall in late 2020, his stepdaughter found the butterfly farmer’s personal computer at home, where some of Jade’s own photos were stored.

According to the investigation, these photos were taken consensually by one of Jade Janks’ boyfriends 10 years earlier, however, it could not be explained how her stepfather obtained the images.

The 39-year-old woman’s defense found assurance that she loved the relative.

passed away on new year’s eve

On New Year’s Eve 2021, Jade came to pick up Thomas to take him home. It was on January 2 when a call alerted the police, who found the old man’s body under a pile of garbage.

Supposedly, he tried to ask some people for help to move the body, however, one man did not want to be an accomplice and called Social Support Control to report the situation.

According to the coroner’s study, Merriman died from acute zolpidem poisoning, or Ambien, a type of sleep drug.

During the trial, the district attorney presented into evidence a series of text messages sent from Jains’ phone before the New Year, indicating that this was a premeditated operation.

“I just beat him up”, “He’s awake. I really don’t want to be the one to do this”, “I can’t take him alone and I can’t keep his kicking body in my trunk” and “I can’t stand him.” I’m gonna hit you in the head when he wakes up”, Jade’s words were to several people to whom she confided her anger at her stepfather over the subject of the photos.

According to the prosecutor’s version, the designer provided the victim with a cocktail of pills and intended it to appear as an accidental overdose by the man, and that the authorities would find the body in his room.

For his part, Jade’s defense pointed out that his stepfather had come home with several prescriptions for drugs, so he could have improperly ingested the drugs himself. “She certainly loved her stepfather, even though she had other forms of affection for her stepdaughter,” he said, referring to the photographs.

But the district attorney found text messages indicating blame on the woman, who may have requested help from some of the men to handle the body. The first of them refused and the second called the authorities to serve the notice.

The man who called police has been identified as Adam Siplyak, who testified last Thursday that Janks had confessed to killing his stepfather and had placed the body in his bed to make the scene look like a drug overdose. Needed help carrying it.

According to local media, “He said: ‘I killed him, and he’s in the back of my truck.’ Later he would have refused to give any help to Z. “I can’t help you… No way, I’m leaving. I’ve got a baby to look after.'”

Faced with this evidence, Janx’s defense team argued that the witness was a recovering drug addict and that her version was due to a romantic interest in him.

The defense attorney denied that he had strangled Merriman to end his life and assured that the autopsy determined that the cause of death was an overdose. He argued that alcohol abuse and drug overdose had led to the unfortunate death of the old man.