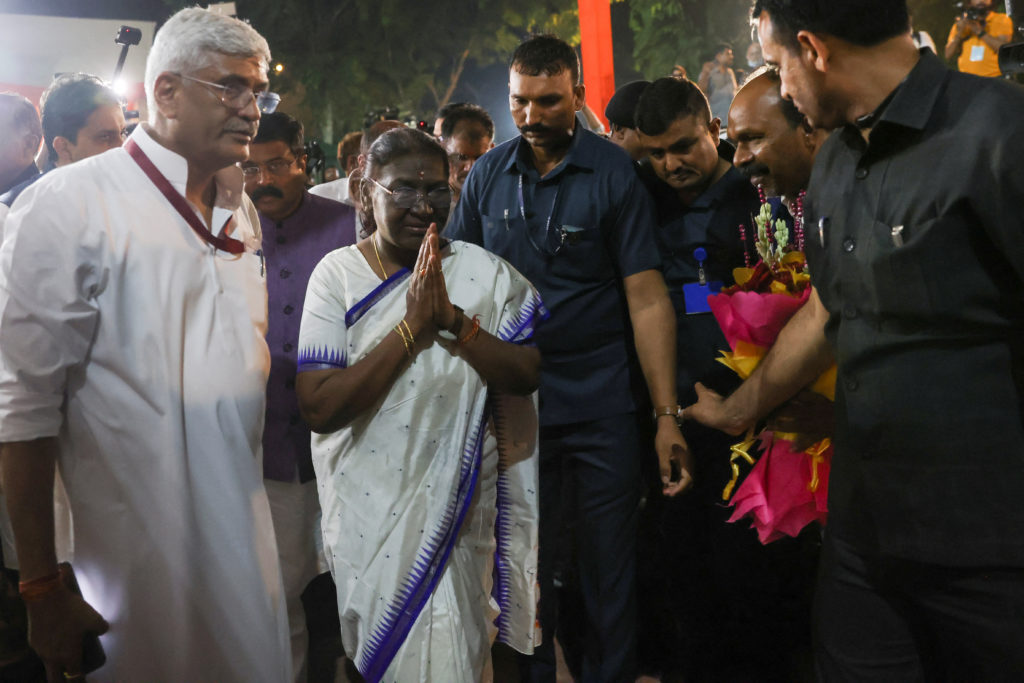 NEW DELHI ( Associated Press) — A woman from a minority ethnic community was on Thursday elected as India’s new president, a largely ceremonial post.

Draupadi Murmu, the leader of India’s ruling Bharatiya Janata Party, was elected by the Indian Parliament and state legislatures in a vote on Monday, making her the first president from among the country’s tribes and the second woman to hold office.

She will formally take the oath of office on Monday.

The 64-year-old Murmu, who hails from the eastern state of Odisha and was the governor of Jharkhand state from 2015-2021, is a member of the Santal ethnic minority, one of India’s largest tribal groups. She started out as a school teacher before entering politics and has been a two-time MLA from Prime Minister Narendra Modi’s party.

Murmu’s father and his grandfather were village heads at Baidaposi in Mayurbhanj district of Odisha.

Modi congratulated Murmu at his residence in New Delhi, and in a tweet he wrote, “Surely she will be an outstanding President who will lead from the front and strengthen India’s development journey.”

“His record victory augurs well for our democracy,” Modi tweeted.

Murmu’s supporters and Modi’s BJP party see his victory as a victory for the tribal people and a breakthrough moment for their community, which usually lacks health care and education facilities in remote villages. However, opposition parties are skeptical whether she will be able to empower the marginalized community and help bring about any change.

The role of the President in India is largely ceremonial, but the position can be critical during times of political uncertainty, such as a hung parliament, when the office assumes greater power. She is bound by the advice of the cabinet led by the prime minister, who is the chief executive.

She will replace Ram Nath Kovind, a Hindu nationalist leader from the Dalit community, which is at the lowest end of Hinduism’s complex caste hierarchy. Kovind has been the President since 2017.

Murmu won against his rival, former BJP rebel, Yashwant Sinha, who left the party in 2018 following differences with Modi over economic issues. Since then, Sinha has been a vocal critic of Modi and his government.

Indian lawmakers will vote for the country’s new Vice President in August.