Zero alcohol on the wheel is already a law in the province: fines, arrests and removal of licenses 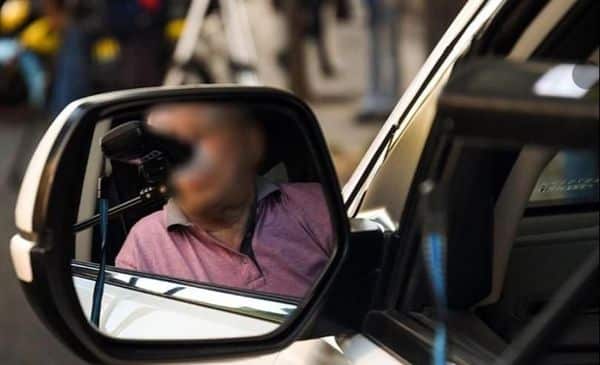 The Legislature of the Province of Buenos Aires this morning approved a law sent by the Government of Buenos Aires, which establishes a zero tolerance of alcohol in the blood for drivers of vehicles, which includes fines, arrests, license retention and disqualification. Thus, legislators turned the proposal into law, which was approved in the provincial senate on October 27.

Provides criteria for including and modifying Articles of Law 13,927 of the Transit Code to prohibit driving for those who have consumed alcohol. Thus from now on the permissible level of 500 milligrams of alcohol per liter of blood is over.

“We have achieved a fundamental step in saving lives in the province of Buenos Aires. With zero alcohol at the wheel, we as a society are moving forward as necessary to take care of each other. Today, the person who Everyone who’s going to drive knows they don’t have to drink a drop of alcohol to do it responsibly,” said Jorge D’Onofrio, Buenos Aires’ transport minister, after the approval.

He also stressed that “when we took office as head of the ministry, the governor entrusted us with protecting our neighbors. Thanks to the assistance of the Legislature, the work of victims’ associations and the important work that We do daily to add.” The more road awareness, the more we’re going to save lives.”

“We want to create a cultural change in the province. It doesn’t go through the fact of imposing tough penalties, we don’t want to be collectors, we want to be promoters of a change that helps us count all lives, he remarked.

The new law envisages punishments such as retention of license and driving, arrest, fine and compulsion to attend special education and training courses for the correct use of public roads. There are varying degrees of application of penalties according to the level of blood alcohol found.

Alcohol is present in one in four road accidents and is the leading cause of death for people under the age of 35. In addition, according to the annual report of the Road Safety Observatory of the Buenos Aires Ministry of Transport, there were 6,162 drunken driving offenses on the routes, roads and streets in Buenos Aires Province during 2022.

D’Onofrio recalled, “This legislation is not the only tool with which we seek to generate a paradigm shift, the youth license program is here to stay and will be a fundamental actor in street awareness and education for our children.”

The plan for nine driving education modules has already been pilot tested in Pilar and will be developed in all secondary schools in Buenos Aires during 2023. “We work so that the roads of the province are safe for all the people who use them,” the minister said.

From now on, those who drive with values ​​of up to 499 milligrams will receive a three-month disqualification from driving. If the alcohol level is between 500 and 999 milligrams, the fine will be six months. Meanwhile, those found to be circulating at a rate of between 1,000 and 1,500 milligrams of alcohol per liter of blood will be disqualified for 18 months. Lastly, those who exceed 1,500 milligrams will not be able to drive for a period of 18 months.

During the first year of the law, those who drive at 499 milligrams per liter of blood will be penalized as well as attend and approve special education and training courses for the correct use of public roads.

Countries legalize abortion while the US could restrict it